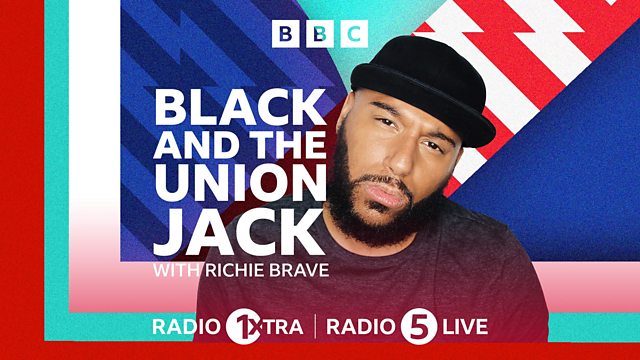 The first edition airs this Sunday at 9pm presented by 1Xtra’s Richie Brave.

The series will look at the growing mixed heritage community in the UK.

Speaking on 5 Live Breakfast to launch the series, Richie explained why the series is important: “It’s a long-overdue conversation from a different perspective, which isn’t afraid to tackle issues head on.”

Sunday evening’s first installment will act as an intro to the project and an opening discussion around black identity in the UK.

Black and the Union Jack will feature names like George the Poet and will provide expert cultural analysis.

The series is a first, bringing 5 Live and 1Xtra audiences together. Speaking about what that means to him, Richie says: “It’s so important to me to make conversations accessible, so this is a window in for people who maybe don’t understand, or maybe have some questions about the black experience and want to learn more. It’s also a reflective mirror for those who are already in the community, or are part of the community.”

Every month, a new broadcast will air with different hosts and editorial themes.

Need a new or improved logo for your radio station? Visit OhMy.Graphics and see how awesome you can look.
Posted on Saturday, May 28th, 2022 at 9:05 am by RadioToday UK