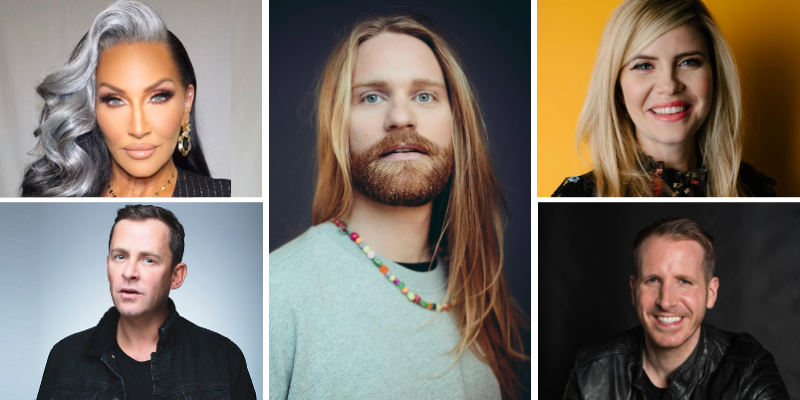 Eurovision star Sam Ryder and new BBC Radio 2 signing Michelle Visage are among the big names to join the lineup for this year’s Radio Academy Festival.

This year’s event takes place at the Royal College of Physicians in London on Wednesday 7th September, with sessions focusing on the theme of ‘The Power of Audio’.

Sam Ryder will be in conversation with BBC Radio 1’s Scott Mills, looking at his recent Eurovision Song Contest success and the role radio played in his success.

RuPaul’s Drag Race star, Michelle Visage, will discuss her radio career – which dates back to New York and Los Angeles in the 1990s.

Clyde 1’s Garry Spence and Content Director, Victoria Easton-Riley will be talking about their recent successes – after picking up seven awards at the ARIAS.

They join the likes of Dave Berry and Samatha Moy, who were previously announced as speakers at this year’s Radio Academy Festival.

Need a new or improved logo for your radio station? Visit OhMy.Graphics and see how awesome you can look.
Posted on Wednesday, July 27th, 2022 at 10:00 am by RadioToday UK