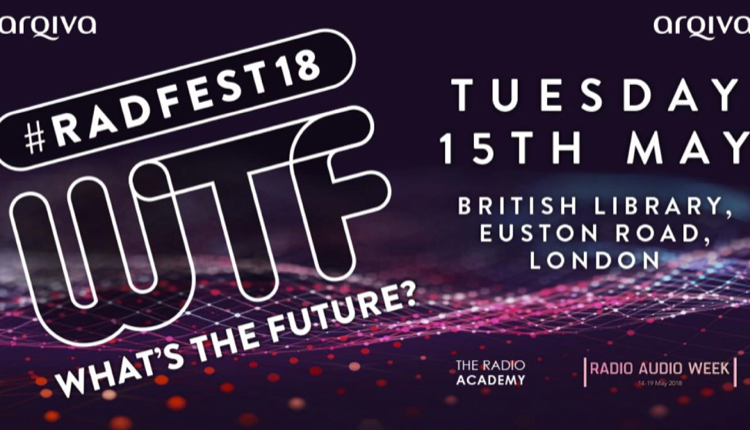 The full line-up for this year’s Radio Festival is now revealed, with BBC Radio 1’s Charlie Sloth and MP, Damian Collins, added to the bill of guests speaking at this year’s event at the British Library on May 15th.

Guests from across audio and radio will be exploring the theme of: Radio – What’s The Future? Organisers promoise a raft of sessions covering everything from the future of voice activation, to fake news, through to celebrating the next generation of talent with The Radio Academy Reelworld 30 under 30.

Charlie Sloth, BBC Radio 1 and 1-Xtra broadcaster, will share the challenges he sets himself and we will see what he can learn from 30 under 30 alumni, Louis Timpany, about the rise and rise of his station, Fix Radio.

While Damian Collins, MP, will be talking ‘Truth or Lies – Fake News?’ He will outline what he sees as the dangers of fake on traditional broadcast platforms and on social media. He will also share how he feels fake news could ultimately harm the future of free speech.

• Bob Shennan, BBC Director of Radio and Music talks about ‘why radio and music need to be in harmony’.

• It’s Good to Talk with TalkRADIO’s Julia Hartley Brewer, LBC’s Nigel Farage and Dotun Adebayo from BBC Radio London, on how our culture wars have helped revive the fortunes of the radio phone-in.

• Cerys Matthews, founder member of multi-million selling band Catatonia, talks about why she prefers to curate music rather than make it now.

• Christian O’Connell reflects on his career highs and lows with fellow Absolute Radio presenter, Claire Sturges, ahead of his departure for the breakfast show in Australia.

• Martyn Ware, sonic muralist, and founding member of 80’s bands, The Human League and Heaven 17, shares his thoughts on the future of audio visualisation.

• The Sunday Times radio critic, Gillian Reynolds, will be in conversation with BBC Radio’s Vanessa Feltz.

• Geoff Lloyd and former Labour Party leader, Ed Miliband, will record the latest edition of their podcast, ‘Reasons to be Cheerful’.

• The Radio Academy Reelworld 30 under 30

• The Future is Voice with experts from the BBC and research company, Sparkler

More details and tickets at RadioAcademy.org

Need a new or improved logo for your radio station? Visit OhMy.Graphics and see how awesome you can look.
Posted on Thursday, May 10th, 2018 at 11:29 am by RadioToday UK