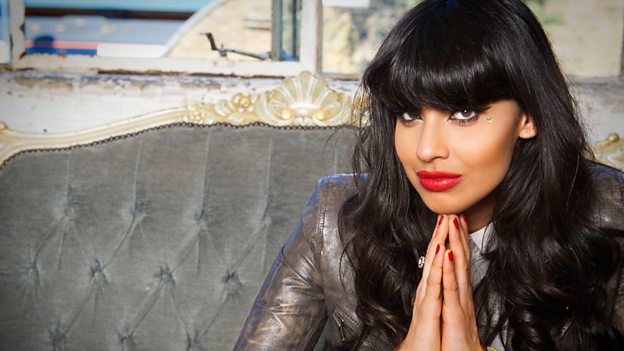 Former Radio 1 presenter Jameela Jamil is to host one of three new programmes on BBC Radio 4 on the topic of sexuality and consent in the modern age.

Two-part programme The New Age Of Consent will look at recent explosive conversations around sexual assault whilst trying to determine what consent in sex and relationships should look like in a modern, digital world.

The Good Place actress Jameela will explore the current understanding of consent, particularly amongst a new social media and sexually literate generation who behave differently, and expect different standards of behaviour.

In part one, Crossing The Lines, Jameela investigates different attitudes towards sex and relationships, hearing stories from women and men who talk about how their boundaries were crossed by partners, and looking at the different responses such cases have provoked.

In part two, Re-writing The Rules, Jameela looks at what might need to change to improve our shared understanding about consent starting with education and speaking to sex educator Jimanekia Eborn. She also looks at matters such as revenge pornography and the law, talking to playwright Nina Millns, psychologist Dr Nina Burrowes, and sex and relationship experts Meg-John Barker and Justin Hancock.

Jameela says: “I think this is a time in which, thanks to the Me Too movement, the conversation has finally opened up about sex and consent. This documentary strives to educate without scolding or belittling. It’s full of empowering and extremely interesting information and accounts from our excellent participants. This documentary means a lot to me and I’m so glad we are finally talking about something so important, properly.”

Forty years ago, a study conducted by academics investigated gender differences in receptivity to sexual offers, and found that men were much more likely than women to agree to sex with a stranger. In Would You Go To Bed With Me?, The Times’ Science Editor Tom Whipple reflects on that infamous experiment forty years on, asking whether it’s true that, when it comes to sex drive, not everyone is created equal.

Tom investigates the social repercussions of biological inequality if men really do have a higher sex drive than women, drawing on contributions from Henrik Hogh-Oleson, who repeated the study in 2010; feminist and socio-biologist Sarah Hrdy; Qazi Rahman, an academic from the Institute of Psychiatry, King’s College London; and philosopher, psychologist and writer Cordelia Fine.

And novelist Eimear McBride presents The Art Of Consent, which looks at how sexual consent is viewed in today’s society, particularly since the #MeToo movement, through the historic depiction of consent and refusal in great works of art and the relationship between that portrayal and modern western culture.

The New Age of Consent

Would You Go to Bed With Me?

The Art of Consent