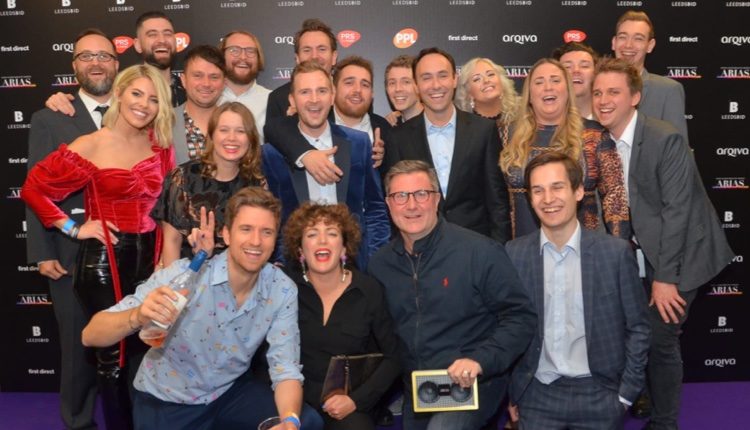 Podcasters, local radio and the independent sector challenged the big networked radio groups at this year’s Audio & Radio Industry Awards, picking up some of the evening’s biggest awards.

The ceremony at the first direct Arena in Leeds saw podcasters picking up three of the big awards on the night, with Best New Show going to You, Me & the Big C; Best Specialist Music Show was won by Edith Bowman with her podcast, Soundtracking and Best Sports Show was scooped by Mo-Joe: An 18 Week Marathon Training Diary. In addition, Griefcast won the Best Podcast category.

Local Radio also had a good evening, picking up Golds in five of the big categories with Best Music Presenter at Breakfast going to The Pulse 1 with their Breakfast Show with Mylo & Rosie; Best Speech Presenter at Breakfast was won by Stephen Nolan – BBC Radio Ulster; Best Speech Presenter Non-Breakfast was won by Justin Dealey – BBC Eastern Counties; Best Coverage of an Event was picked up by An Accent Exceedingly Rare: A Love Letter to Liverpool – BBC Merseyside and the Best Marketing Campaign was awarded to Common People – BBC Radio Sheffield.

Team of the Year went to Cash for Kids, Bauer Radio’s network of local charities operating across 22 areas of the UK and Individual of the Year was handed to Paul Sylvester, Content Director at Absolute Radio. Both these categories were voted on by members of the Radio Academy.

The awards were hosted by Melvin Odoom and Pandora of Kiss FM, with live performances on the night from top artists including Tony Hadley and Sophie Ellis-Bextor, 808 State, Poppy Adjula and winners of Local Music Live, The Covasettes. The awards, organised by the Radio Academy and supported by LeedsBID (Business Improvement District), are the audio and radio industry’s prestigious flagship awards. A total of 23 awards were handed out, recognising innovation and excellence across all audio mediums and celebrating the very best of the industry.

Roger Cutsforth, Chief Executive of The Radio Academy said: “In another fantastic ARIAS ceremony, it was great to see the awards are no longer dominated by the big Networks, with the rise of the Podcast, the resurgence of the quality in local radio and the indies coming up hard on the rails. The ARIAS have this year proved that the best in innovation is happening outside London, on which note, we are delighted to be back in Leeds for the third year with our partners, LeedsBID at the first direct arena for another fantastic celebration.”

Andrew Cooper, Chief Executive of LeedsBID (Leeds Business Improvement District), which is behind bringing Segue and the ARIAS to Leeds, said: “It was great for the city to have the ARIAS returning to Leeds for the third year running, and what an evening it was, made even better seeing local talent among the winners.”

“Events of this status and scale are essential in continuing to showcase this city while building its reputation on a national and international stage as well as bringing economic benefits to those who do business here.” 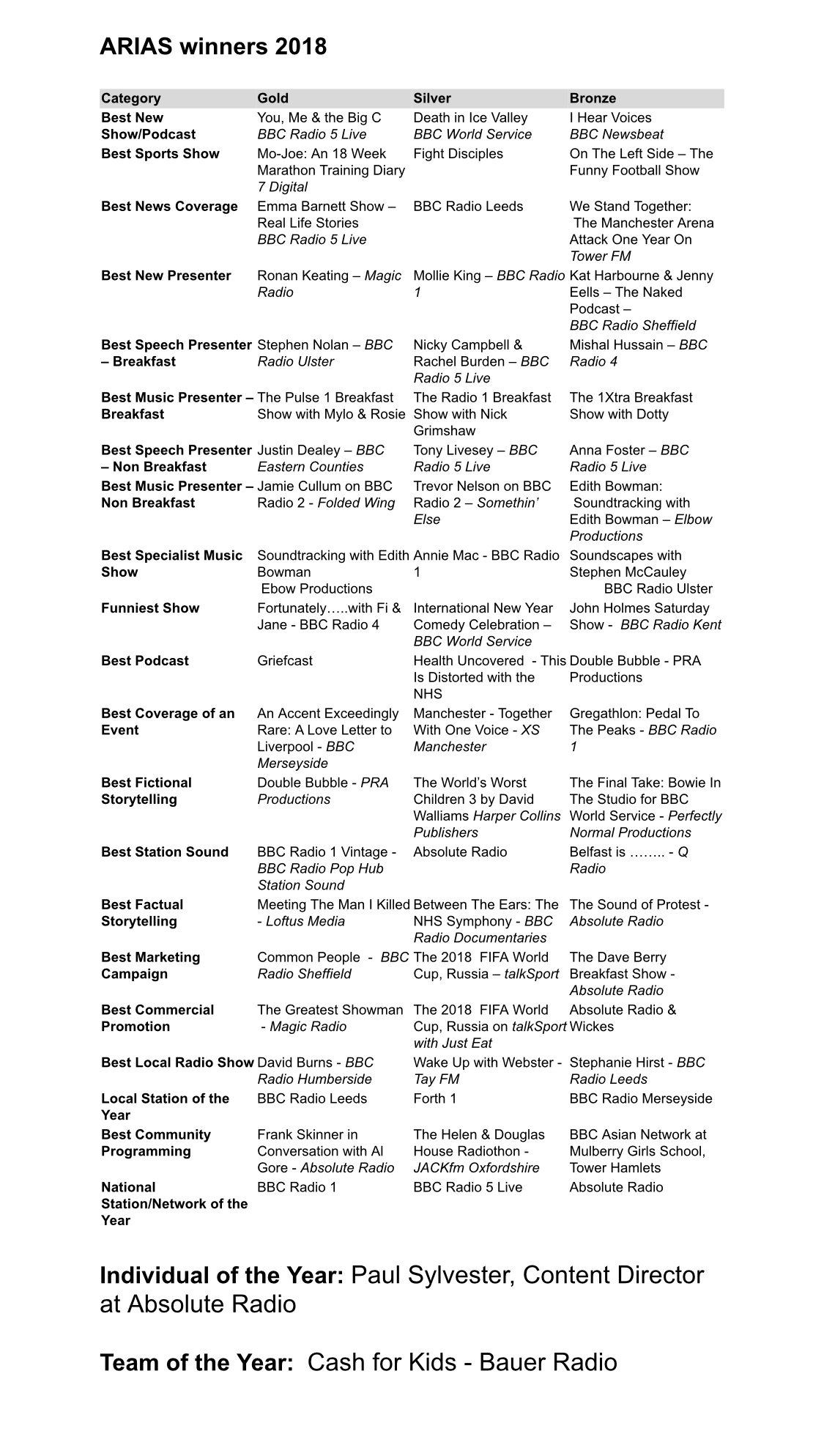