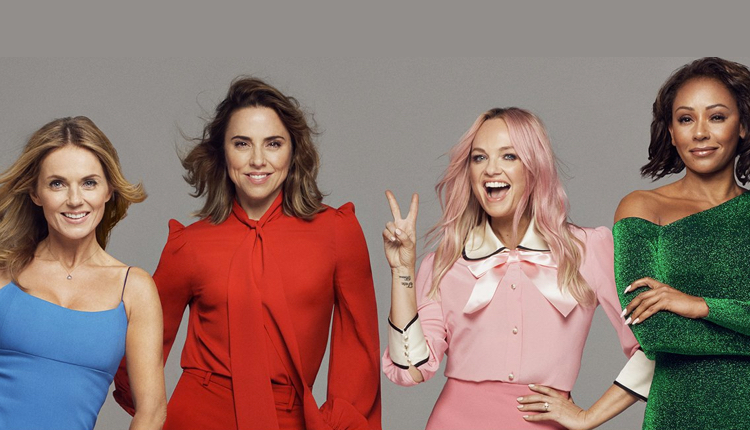 Emma Bunton took time out of her Heart breakfast show to chat to Chris Evans on BBC Radio 2 on Wednesday morning.

Emma was ‘down the line’ from Leicester Square whilst her fellow Spice Girls Melanie Brown, Melanie Chisholm and Geri Halliwell were in Wogan House talking about their new tour.

Chris mentioned Heart on a number of occasions saying Emma was presenting her own breakfast show and that we are all one in radio. The conversation also touched on when Chris and Geri used to date in the 90s, with Mel B reacting to Chris saying he knows Geri ‘inside out’.

After 9am, Melanie B, Melanie C and Geri then visited Emma at Global’s HQ to appear live on the Heart London breakfast show, which was extended beyond the normal 9am finish time. Toby Anstis finally took over his show at 9.50am ready for the network to join at 10am.

The @spicegirls have just stormed the Heart breakfast studio and taken over! Playing all your fave #SpiceGirls hits… come join the madness! #GirlPower #FriendshipNeverEnds pic.twitter.com/zWXIk93MV4

We’ll be live on air this morning from 8.15am with @achrisevans @BBCRadio2 pic.twitter.com/LuqvbJO6nA

Getting SUPER EXCITED about the @spicegirls joining us LIVE in the Heart Breakfast studio! Keeping everything 🤞for #SpiceWorld tour secrets to be spilled… 😜 pic.twitter.com/JIg2TvsynB