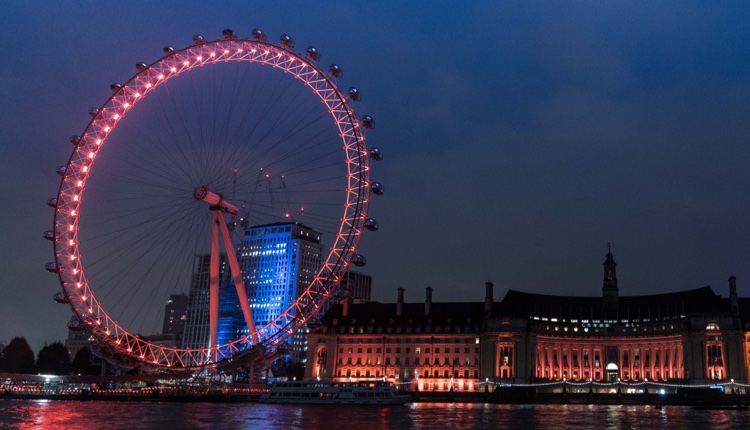 The BBC is transforming the London Eye into “London Ear” music, radio and podcast hub to mark the launch of BBC Sounds.

Throughout the day, for the first time ever, a number of BBC radio shows across the networks will be broadcast live and a range of podcasts and music mixes will be recorded from one of six capsules on the London Eye.

The landmark will be lit-up orange – the colour of BBC Sounds – and animations will be projected onto County Hall at dawn and dusk.

Today @TheLondonEye has been transformed into the London Ear ?

It’s all to celebrate the launch of @bbcsounds ?

And we’re in one of the pods recording a brand new episode of #FitandFearless! ?#BBCSounds pic.twitter.com/X9PxDifXxW

Podcasts include Fortunately… with Fi and Jane, which offers frank look behind the scenes with broadcasters Jane Garvey and Fi Glover, Fit & Fearless, in which Tally, Zanna and Vic – aka the #GirlGains crew – talk all things fitness and body confidence,and The Receipts, which features fun, honest chat with Tolly T, Audrey and Milena.

Bob Shennan, director of BBC Radio and Music, told RadioToday: “BBC Sounds is our biggest product launch since BBC iPlayer over a decade ago, so we felt we needed to do something momentous to mark the occasion.

“We’ve got a brilliant day of programming lined up to come live from the London Eye, with every network broadcasting live from the capsules, plus we’ll be recording some of our fantastic podcasts from there throughout the day. There’ll be something for everyone, just as there is on BBC Sounds.”

The new app had its official launch party at Tate Modern on Tuesday evening where a large number of BBC staff and presenters turned out to see Craig David, Nile Rodgers and the Dead Ringers team perform live.

#bbcsounds London Eye takeover now in progress, Dotty’s @bbc1xtra breakfast broadcasting live from a pod and lots more to come throughout the day

Need a new or improved logo for your radio station? Visit OhMy.Graphics and see how awesome you can look.
Posted on Thursday, November 1st, 2018 at 10:10 am by RadioToday UK