Writer’s Group partnership for Beyond Radio 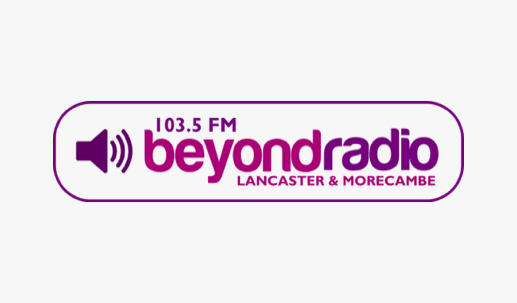 The pairing with progressive Morecambe based arts group Alt-Space will result in a wealth of locally written and produced drama content being broadcast across the Lancaster & Morecambe district on the station.

It will also see the regular production of culture-based programming to sit alongside the current mix of evening and weekend specialist music, community and drama content.

Matt Panesh is the project developer for Alt-Space and the Morecambe Fringe, a pre-Edinburgh warm up series.

Matt, who also sits on the board of the Edinburgh Festival Fringe Society, said. “I’m really excited by the partnership with Beyond Radio, they have a fantastic reputation for creative broadcasting locally and their commitment to Alt-Space, our writers and performers I believe will bring great cultural benefits to North Lancashire.”

Duncan Moore, Communities Director for Beyond Radio said. “We already have drama and spoken word content in our weekly schedule and we wanted to ensure that local artists are given opportunities to have their work broadcast. Outside the BBC, internet radio and podcasting there are few opportunities for spoken word content such as drama, documentary and poetry to receive an airing. As an FM station we want to change that. The collaboration with Alt-Space is a step towards our desire to produce excellent quality, relevant and entertaining spoken word content for wider distribution.”

Duncan went on to say that the community sector is well placed to drive forward with the development of spoken word content that is locally produced but of national interest. He said. “The recently announced Audio Content Fund is a huge opportunity for small producers like us to gain a foothold in the audio production industry and showcase what we can do through collaborations such as that with Alt-Space. The government’s financial support through the DCMS for the expansion of spoken word content into the wider UK radio sector is an exciting move forward for the industry. With an established culture of content sharing already in existence in the community sector, the possibilities for a locally produced but nationwide audience reach are very substantial.”

Beyond Radio already produces and broadcasts drama, comedy and documentary programming on a weekly basis.

Need a new or improved logo for your radio station? Visit OhMy.Graphics and see how awesome you can look.
Posted on Thursday, January 17th, 2019 at 11:41 am by Matthew Hardman

Beyond Radio joins forces with Lancaster Past & Present

Stations in breach over swearing in songs

Beyond Radio on notice for repeated breach