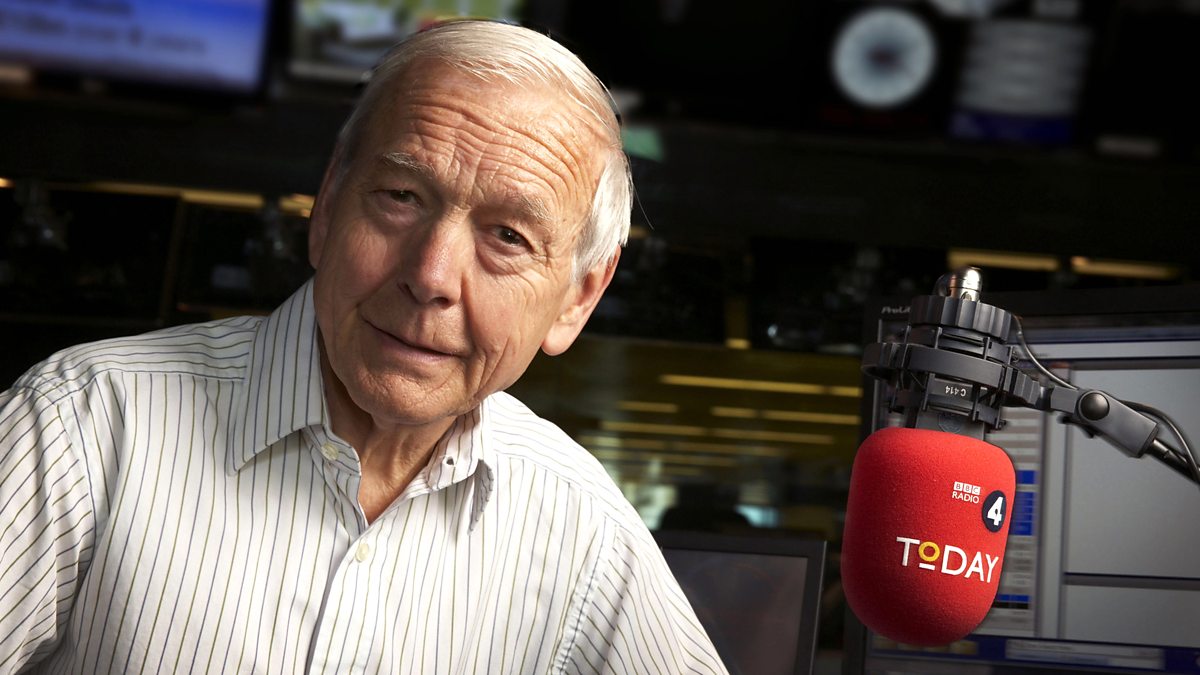 John Humphrys has confirmed that he will leave the Today Programme in the autumn after 32 years, following speculation.

Speaking on BBC Radio 4’s The World at One this afternoon, the 75 year old says he should have left Today years ago but fears he will miss it.

Speaking to former Today presenter Sarah Montague, who worked alongside Humphrys for 18 years on the programme, John said: “As you know, when you do this programme it dominates your life, not just because you have to get up in the morning so many days a week, but all the time, you have to be obsessed – I think that is the right word – with what’s going on out there.”

John admitted he had vague thoughts in the past about it leaving the programme but then “lost his nerve”.

When asked if he worried about what would happen after leaving Today John said no, but admitted he still fears he will miss the programme: “I worry about missing the programme, and I do now. I genuinely worry about what it is going to be like not doing the Today programme – 32 years is very long time.”

John assured listeners he will not be retiring and plans to continue presenting Mastermind. “I will stop doing the Today programme, yes, but I will not retire.”

When asked by Montague what he will remember the most from this 32 years on the Today programme, John paid tribute to the listeners.

“This is unspeakably corny but it’s not the politicians, it’s not even the interviewees, it’s the listeners. You genuinely feel after you have done this programme for long enough that you have – now I’m not going to say ‘friends’, you can’t say that as a lot of them aren’t your friends, they hate your guts – but you do feel that you have a relationship with a huge amount of people… It’s a relationship with millions of listeners that is a huge privilege.”

Gwyneth Williams, Controller of Radio 4, says: “It’s hard to imagine the Today programme without John Humphrys. We have relied on him for so many years to take power to task and speak up for our audience. Particularly at times of instability his tough questioning and no nonsense approach on behalf of the listener has been central to our news coverage. When he leaves Radio 4 later this year our listeners will miss him and so will I.”

During his career with the BBC, John has also worked as a foreign correspondent in both America and Africa, as well as being a diplomatic correspondent and presenter of the Nine O’Clock News. He has presented Panorama and You Decide, fronts On the Ropes on Radio 4 and presents Mastermind on BBC Two.

John’s interviews on Today have occasionally attracted criticism from politicians, among them Jonathan Aitken, who in March 1995 accused him of “poisoning the well of democratic debate”. The criticism triggered an outbreak of pro-Humphrys comment among listeners and the media, including the Daily Mail, which described him as “one of the most brilliant journalists in the country”.

He won a Sony Radio Academy Award in 2013 for his interview with the BBC Director General George Entwistle over the Savile scandal, in which the DG resigned the same day.

Fran Unsworth, BBC Director of News and Current Affairs, said: “For more than thirty years John Humphrys has been a stalwart of Today. It’s hardly an exaggeration to say that anyone who’s played a key role in the political events of the last three decades has been interviewed by John. But most importantly, he has always been a champion of his listeners, holding the powerful to account on their behalf.

“John will be sorely missed by audiences and his colleagues when he leaves the programme this year – if perhaps less so by the politicians he interviews.”

It's easy to put travel news on your radio station, from £25 a month for online stations. See RadioTravelNews.com for details and same day set up.
Posted on Wednesday, February 6th, 2019 at 1:20 pm by Jo James