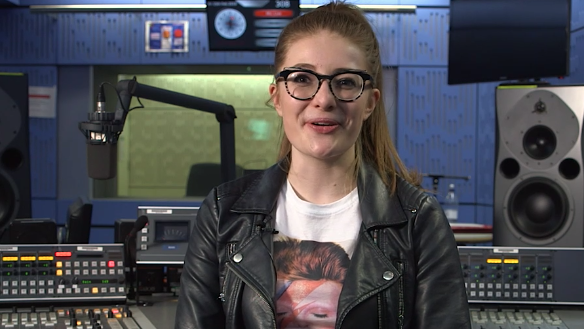 The 20-year-old former BBC Young Musician finalist will be the youngest presenter on the station, joined each week by her contemporaries to select and discuss their favourite pieces from across the musical spectrum, giving an insight into the musical influences on young performers.

The first episode of This Classical Life will air on BBC Radio 3 on Saturday 6 April and will be available as a podcast on BBC Sounds.

Jess Gillam said: “I’m so excited to be joining BBC Radio 3 as the presenter of This Classical Life. Music is such a huge part of my life, and I can’t wait to share all my latest and greatest discoveries with fellow musicians who will be joining me on the show, as well as with listeners at home.”

Hear and Now, Radio 3’s primary contemporary music programme becomes New Music Show. Retaining the same timeslot on Saturday evenings, New Music Show will feature a regular new presenting line-up of Tom Service and Kate Molleson. Each week, Tom and Kate will showcase recordings made especially for the programme, discovering the latest in contemporary composition from around the world.

There’s a new second slot on the station for The Listening Service on Friday afternoons at 4.30pm presented by Tom Service.

Other programming changes includes Opera Fix, a four-part Classical Fix special on Sunday evenings presented by soprano Danielle de Niese, beginning on the 11 March. Recorded at English National Opera, the programme will aim to demystify opera for the uninitiated. BBC Asian Network presenter Bobby Friction, comedian London Hughes and journalist and filmmaker Ben Zand will be the first to receive their opera inductions from Danni. Classical Fix is available as a podcast on BBC Sounds.

Unclassified, a programme which celebrates the increasingly popular ambient and neo-classical music genres, returns for another six-part series on Sunday evenings, presented by Elizabeth Alker.

Alan Davey, Controller BBC Radio 3 commented: “These new presenter signings of a series of musicians will serve to complement the expertise offered by our existing presenting line-up. What I want audiences to know is that when you come to BBC Radio 3, you can really get beneath the skin of the music, and hear insights that will change your perspective on the world in a way that is both entertaining as well as informative. We want to provide a space to take time out and experience great music by great performers, broadcasting full-length concerts and offering insight from people who know what it means to perform these works. These new presenting names and programming that gives the listener time to be with the music will do just that.

“I am of the belief that classical music doesn’t sit in isolation, and I know that audiences are ceasing to distinguish it from other genres. I’m keen, therefore, that our schedule acknowledges that as part of our distinct offer which aims to connect audiences with remarkable music and arts; From Jess Gillam’s discussions with young performers of their musical influences, premieres and new takes on established works such as Mahan’s revisionist history of Bach, or Sean Shibe’s look at the guitar, there’s something for everyone on BBC Radio 3.”

Need a new or improved logo for your radio station? Visit OhMy.Graphics and see how awesome you can look.
Posted on Tuesday, February 26th, 2019 at 9:25 am by Local Reporter