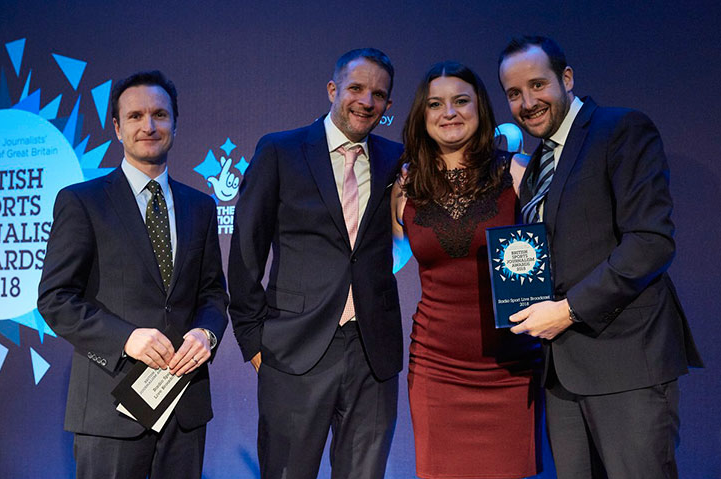 In the Radio Sport Factual or Feature category, the winner was BBC Radio Leicester for its Football Forum, with 5 Live highly commended for Pep Music.

The winner for the Sports Commentator award was John Murray from BBC Radio 5 Live, with the network’s Mike Costello highly commended.

And talkSPORT won the Radio Sport Live Broadcast category for its coverage of England’s Sri Lanka cricket tour, and was highly commended for its FIFA World Cup coverage in Russia last summer.

talkSPORT National Radio Controller, Liam Fisher said: “This win is testament to all the hard work of the on-air and off air team at talkSPORT and talkSPORT 2.

“Our first class line up richly deserve this recognition and as the official broadcaster of England’s major overseas tours until 2021 there’s plenty more cricket to come.”