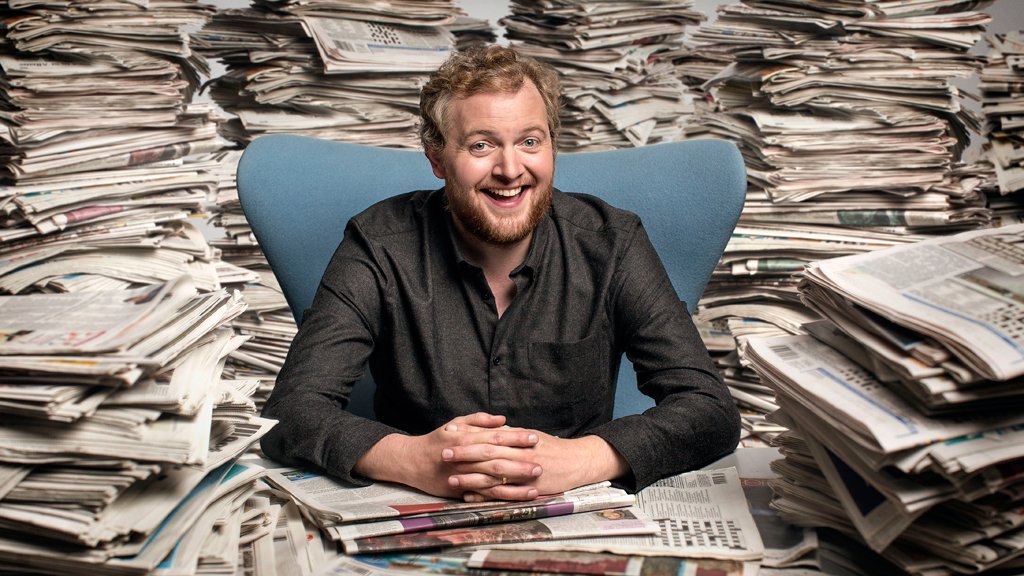 Miles Jupp to leave The News Quiz on BBC Radio 4

Miles Jupp is stepping down as host of The News Quiz at the end of the current series.

The comedian, actor and writer, who has chaired over 80 episodes, will make his last appearance as host on Friday 31 May.

Sioned Wiliam, Commissioning Editor for Radio 4 Comedy says: “Miles has been a wonderful presenter, loved by panellists and audiences alike. I’d like to thank him for entertaining millions of Radio 4 listeners with his razor sharp wit, warmth and intelligence – and not forgetting that irrepressible laugh. He has expertly continued the great success of The News Quiz and will be hugely missed.”

Miles Jupp says: “I have really enjoyed hosting the News Quiz and I count myself as extremely lucky to have had this opportunity. Although one or two of the news stories we’ve been discussing on the show remain unresolved, the time is right for me.

“I would now really like to focus more on acting and writing, and stepping down from this job will give me the flexibility to do this while also spending more time at home with my enormous family. I’m very grateful to the production staff, panellists, writers, technicians and newsreaders who all make the show what it is, and also to the listeners who are enthusiastic, loyal and – based on those who I bump into on trains and so forth – extremely polite. Thank you all.

“And with that, goodnight.”

Miles has decided to leave the show to concentrate on other areas of his life and career and a new host will be announced ‘in due course’.