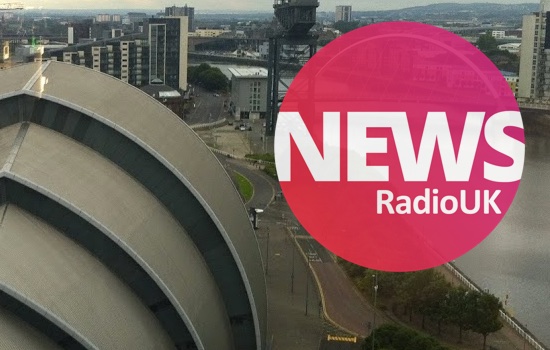 Nation Broadcasting has upgraded its DAB multiplex in Glasgow with the launch of a second transmitter.

The new signal now synchronises with the first transmitter to create a Single Frequency Network, or SFN. The improvement will boost coverage in and around the city centre, as well as to the north and west.

Ash Elford, DAB Platform Manager at Nation Broadcasting, told RadioToday: “In a short space of time, Nation has turned around the fortunes of the Glasgow DAB trial multiplex. We’ve invested behind the scenes in new equipment and new telecoms. This included switching to the world leading Factum Radioscape Enmuxa platform for DAB multiplexing in November 2018. Nation is now realising its ambition of giving Glasgow a DAB multiplex it deserves, with improved coverage and an improved choice of stations.”

The multiplex currently broadcasts 21 services, including Nation Radio, Your Radio and a range of Glasgow community stations and several special interest services. The multiplex now has a waiting list, with more services planned, subject to Ofcom approval.

Alex Jenkins of Glasgow community station Celtic Music Radio said: “Celtic Music Radio is very pleased with the vast DAB signal improvement Nation Broadcasting has achieved over the past few months. This is a direct result of dedicated work from a great team of engineers and we look forward to cooperating with Nation Broadcasting in future projects.”

Ian Wallace of Gaydio said: “It has been great working with Nation Broadcasting, who have invested in upgrading the multiplex and helping us to reach more people across Glasgow with a more reliable service.”

Roy Martin of News Radio UK added: “Who wouldn’t be happy with an extra transmitter? Providing 24-hour rolling news to the city of Glasgow with one transmitter was great, but now with two we gain extra power and a bigger potential audience, so it’s even better!”