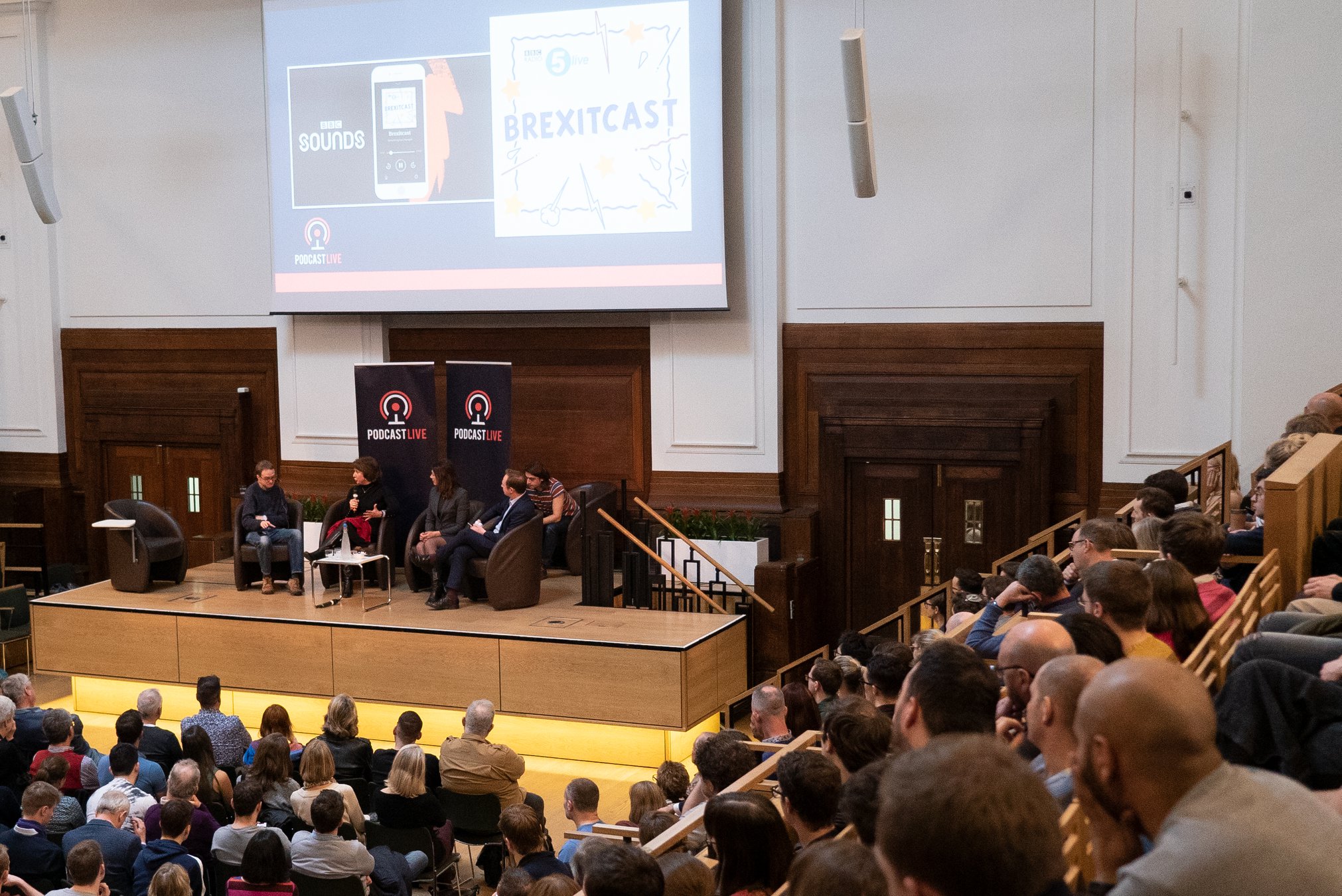 Podcast Live has announced details of its third event, and the second focussing on political podcasts.

It will take place at The Light in central London on Saturday 5th October, ahead of the UK’s planned departure from the EU later the same month.

The first event was held in April, while the second – featuring podcasts about rugby – takes place on 7th September at Twickenham.

Podcasts that will be recorded live on stage at the event in October include Talking Politics, For The Many with Iain Dale and Jacqui Smith, Chopper’s Brexit Podcast from The Telegraph, The Week unwrapped, The New European and Delingpod.

The politics event runs from 10am-5pm on 5th October. Find out more at podcastlive.com

Need a new or improved logo for your radio station? Visit OhMy.Graphics and see how awesome you can look.
Posted on Monday, August 5th, 2019 at 8:10 am by RadioToday UK

LBC’s Iain Dale & Shelagh Fogarty to stay up all night

Women leaders to have live debate on LBC

Police caution for Presenter of the Year