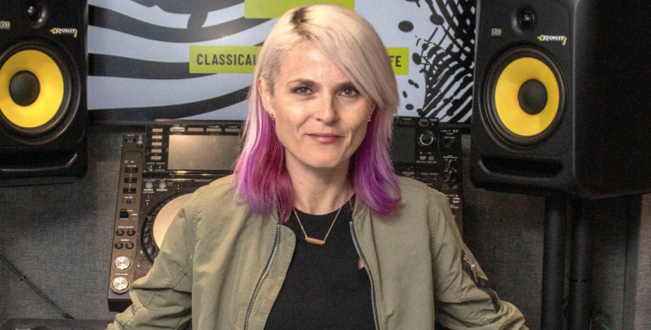 Sister Bliss, one of the founding members of electronica band Faithless, has signed up for a new five-part series on Scala Radio, launching on 1st September.

In the new series, Sister Bliss will be bringing the eclectic spirit of Ibiza to the airwaves, playing classical music alongside flamenco, ambient and house.

Broadcast every Sunday between 1-3pm, the show’s hand-picked playlists will reveal Sister Bliss’ long-held love of classical music and how it’s inspired her own successful career.

Although one of the founding members of dance act Faithless, Sister Bliss is a classically trained musician having attended the Royal College of Music.

Speaking ahead of the news series, Sister Bliss said: “The show aims to be a window into the music that I find inspiring and beautiful. It’s a less explored side of me and I’ll be taking the audience on the journey of discovery with me as I also seek out new music to enjoy.

Faithless Presents Sister Bliss on Scala Radio broadcasts on Sundays at 1pm, with another chance to listen on Tuesdays at 7pm.

It's easy to put travel news on your radio station, from £25 a month for online stations. See RadioTravelNews.com for details and same day set up.
Posted on Wednesday, August 14th, 2019 at 6:15 pm by Roy Martin