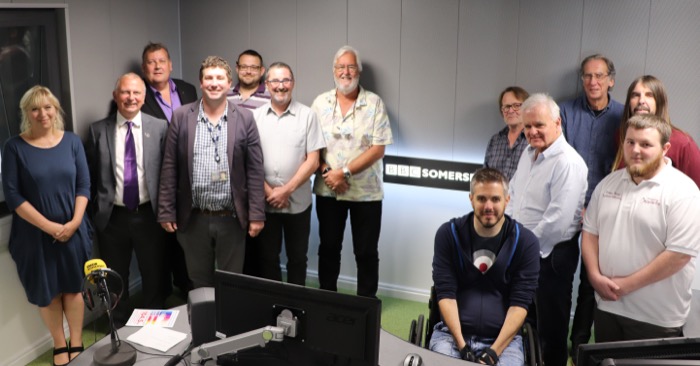 A new partnership is emerging between BBC local radio and community radio in Somerset.

BBC Somerset and the nine community radio stations in its area are coming together to collaborate on training and sharing content.

Dom tells RadioToday how it all came about: “Nick and I met through the Radio Academy and soon found that we shared a common interest in how the BBC and community sectors can work together for the benefit of local radio and their audiences.”

Dom, who previously chaired the Community Media Association, co-authored the Memorandum of Understanding between BBC English Regions and community radio. That led to the first national cross-sector collaboration culminating in the BBC CMA Media Day on 15th February 2015 which saw 13 BBC local stations create shared content for over 70 community stations.

“The Somerset radio collaboration is the next stage in how we can work with the BBC for the benefit of local radio. It is fantastic that everyone has responded with enthusiasm to what feels like a dynamic and forward-thinking partnership of equals. With community radio really settling into the broadcasting landscape and the BBC reasserting their local offer this is the right time to strengthen the bonds between all of us delivering local radio.”

After hosting the development day Nick Bull said, “To get all ten stations together that share my passion to deliver great content to audiences in Somerset was just brilliant. We’re not 100% sure but we think it could be an industry first. I was bowled over by how many great ideas that came forward, not just on how the relationship between community radio and the BBC could develop but also how the stations themselves could unite to become a strong force as one unit in the county but at the same time maintain their excellent local offerings.”

The move follows BBC local stations getting their evening shows back and the New Voices project the BBC are launching this weekend.

Joanne Schofield is a director at Glastonbury FM who also works for the BBC: “Somerset is such a large area and for BBC Somerset to work in partnership with the nine community radio stations in their area offers exciting opportunities as well as diverse broadcasting.

The very nature of community radio is about local people reporting on their local communities so this will be great for listeners.”

The group is next planning to meet again in the new year. Meanwhile, a platform to share content has been set up and they are working on an entry-level passport system for emerging radio talent.

Two community stations in breach for not logging