John Humphrys signs off after 32 years on Radio 4 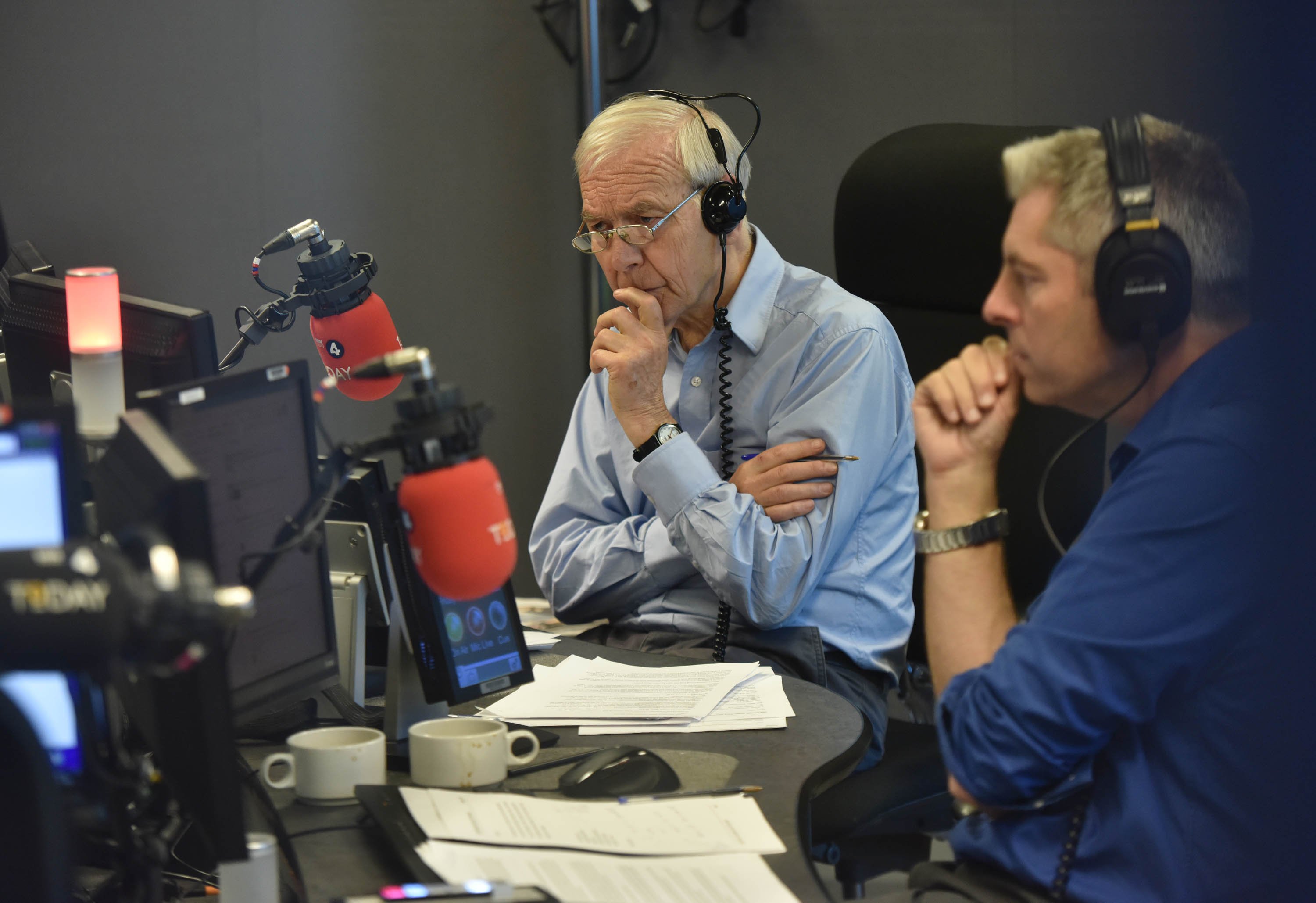 BBC Radio 4 Today Programme presenter John Humphrys has hosted his final edition of the programme, with guests including former Prime Ministers Tony Blair and David Cameron as well as the BBC Director-General.

Colleagues past and present including Sue MacGregor and Jim Naughtie were among those in the studio to pay tribute to John at the end of his stint, which spanned more than 32 years – from 2nd January 1987 to 19th September 2019.

The BBC says Today will continue with four main presenters – Justin Webb, Mishal Husain, Martha Kearney and Nick Robinson – and that it will not directly replace John Humphrys.

At the end of his final programme John thanked his fellow presenters, producers, Editor Sarah Sands, the many politicians and guests for being interviewed over the years, the BBC and finally listeners – who he said were ‘the backbone of our democracy’. “I’m more proud than I can say that you have put up with me for so long. Thank you all of you, and I do hope you keep listening,” he said. “Today matters for tomorrow – and if that’s a rather corny way to end my years on the programme then so be it.”

Director-General Lord Hall thanked John for his long service to the programme, adding: “In all the stuff you read in the papers about the Rottweiler Humphrys and all that stuff, you are also someone who handles interviews with people who have been through traumas or disasters, or have something they want to get off their chests but don’t know how to do it, with amazing sensitivity.”

Scroll down to listen to some highlights of the programme from David Lloyd’s RadioMoments channel, or click here.

The BBC's Director-General, Lord Tony Hall, thanks John Humphrys for his time as a presenter on #r4Today https://t.co/StyNOjvez8 pic.twitter.com/StvFZiUYJv

From one total obsessive to another, you will be missed John Humphrys. You care about the craft in the way that not enough do

John Humphrys. Total legend. The reason he's a top interviewer is because he listens. His interviews are forensic, but they're conversations. That's why he's been at the top of his game for all these years. And he's one of the nicest people in the political media I've ever met. pic.twitter.com/hYDyJmZM86

John Humphrys really deserves all the accolades. I found that the more I saw him at work on @BBCr4today close up, the more I respected him and understood why he had such enduring appeal. Way more to him than the adversarial interviews people talk about. #humphryslastday

Nice last moment from John Humphrys there, v genuine about BBC, the listeners and the point of the Today prog

Really sad that my good friend John Humphrys is finally leaving @BBCr4today. And for all those people who are so irreflectively sure he’s pro or anti Brexit, or Lab or Con, I promise that I’ve known him well for 42 years & have absolutely no idea. I suspect he’s agin all sides.

It's easy to put travel news on your radio station, from £25 a month for online stations. See RadioTravelNews.com for details and same day set up.
Posted on Thursday, September 19th, 2019 at 9:33 am by RadioToday UK