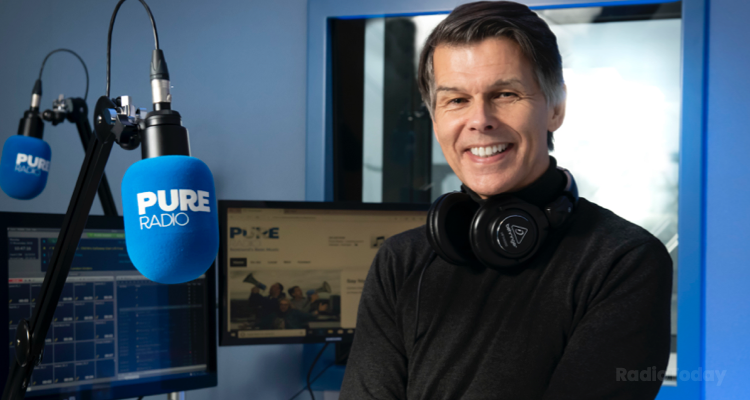 Pure Radio has launched on DAB in Scotland with a ‘no news is good news’ top of hour policy.

Robin Galloway is on breakfast, Lynne Hoggan is on daytime and Paul Harper will present afternoon drive.

The station says it will not repeatedly churn out news like other services, instead it will only talk about news if they know it is of interest to their listeners.

As well as presenting the Robin Galloway Breakfast Show every weekday morning from 6am -10am, Galloway is also Pure Radio’s boss and says he couldn’t be more excited to get back to doing what he does best.

Robin comments: “DC Thomson Media assured me they wouldn’t interfere with my show. So I said okay – prove it – make me the boss. So they did! The fools.

“Radio in Scotland needs open-heart surgery or in the next few years, it’ll be given its last rights. I’m going to resuscitate it and bring it back to life.

“Remember when radio used to be fun? It was risky, edgy, flew by the seat of its pants and surprised its listeners. It’s been sterilised. When was the last time you heard something that made you utter the phrase ‘Did they actually just say that….?’ You didn’t. Because it didn’t happen. It will on Pure Radio.”

Gary Lamont made Bauer’s Head of Creative for Scotland