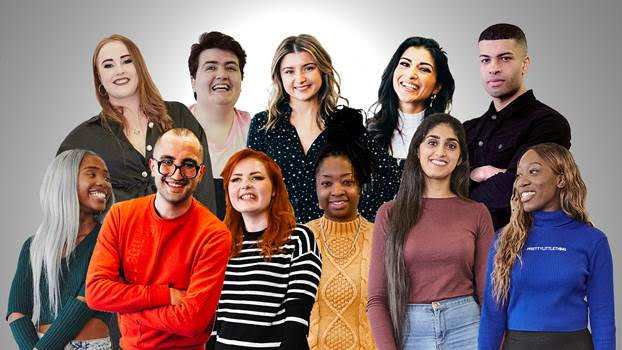 The 35 guest presenters to appear on BBC Radio 1 over the festive period have been announced… and the winners are:

BBC Radio 1 received over a thousand entries after asking for demos from anyone with any radio experience back in October.

Among those taking a step away from their day jobs to host on Radio 1 are Jessica Maciel, a tattoo studio owner from Dublin, Dave Holt, a shop manager from Birkenhead, and Stuart Millar, a PhD student and research engineer from Belfast.

Joining them is 21 year-old Gregor Davidson from Aberdeen, who will present on Radio 1 on Boxing Day, marking exactly one year to the day since he hosted his first ever radio show; YouTuber and activist Lucy Edwards, who will become Radio 1’s first blind presenter; and presenter and podcaster Jacob Edward who will become the first non-binary person to host a show on the station.

Jessica says: “To be getting an opportunity to get behind a BBC Radio 1 mic feels like a dream and I can’t wait to have the craic with the team and listeners!”

Dave says: “Madness, I still don’t think it has truly sunk in!”

Stuart says: “In terms of dance music radio, I think BBC Radio 1 is the gold standard, and has been for many years – often copied but never equalled. Pete Tong’s show is an institution in its own right, so I feel very lucky and grateful to be asked to present it. I’ve got some MBE-sized boots to fill!”

Lucy says: “I’m so excited to be the first ever blind Radio 1 presenter and I’m looking forward to being a part of the Christmas schedule. Let’s make some fab radio!”

Jacob says: “It feels INCREDIBLE, keeping this a secret has been so hard! This is the dream! I’m just so EXCITED!!!”

Henrie says: “It’s amazing to be a part of the Radio 1 Christmas schedule because I’ve always wanted to hear a voice that sounded like mine on the station, and now I can… because it’s my own voice!”

Laura says: “Being part of the Christmas schedule is a dream come true, I just hope I’m still on the good list after they let me loose at Radio 1!”

Summaya says: “I can’t quite believe it’s happened to be honest, I feel ridiculously blessed, immensely thankful and super excited (whilst secretly praying I don’t press the wrong button!)”

Aled Haydn-Jones, Head of Programmes, BBC Radio 1 says: “The 35 guest presenters we’re announcing today have done incredibly well – having stood out from an astonishing 1,110 entries. Coming from a small Welsh town myself I recognise how hard it is to be noticed on a national level so I wanted this opportunity to be open to as many people as possible, based on just their voice, skill and knowledge. I feel we’ve done that and I can’t wait for our listeners to hear the brilliant presenters we’ve chosen.”