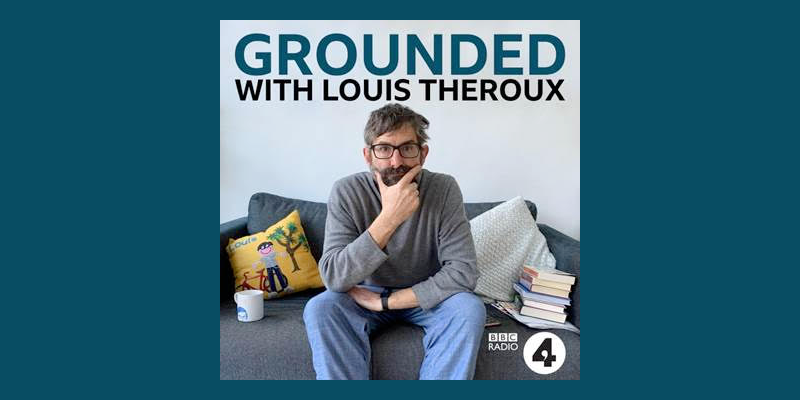 Louis is at home but he’s using his time in lockdown to track down some high-profile people he’s been longing to talk to and interviews them for his first podcast.

In each episode, around an hour-long, Louis will have a conversation with one guest, digging into the psyches of some of the biggest names in the UK and the US. The first episode will be a conversation with writer and documentary-maker Jon Ronson, who is grounded in Upstate New York.

They discuss their professional rivalry, inhabiting similar worlds and how Jon is handling the lockdown. In other episodes Louis will speak with Lenny Henry, Boy George and Miriam Margolyes with more to be announced.

Louis Theroux says: “I’ve really loved doing these interviews. It’s been a chance to speak to people I admire and have in depth conversations with them, about their lives, their careers, and their most intimate feelings. Making a podcast and radio series is very different to my usual way of working. And for that reason, I’ve found it very fun and refreshing.”

Rhian Roberts, Radio 4 Commissioning Editor for Digital and Podcasts, says: ‘Surprisingly, given his famous voice and interview style, Louis’ never had a podcast or radio series so we couldn’t be happier to welcome him to Radio 4. It feels like such a treat in these times to settle down with a podcast full of warmth and mischief – and a lot of insight. Louis is such great company, as always.’

Need a new or improved logo for your radio station? Visit OhMy.Graphics and see how awesome you can look.
Posted on Monday, April 20th, 2020 at 4:20 am by RadioToday UK