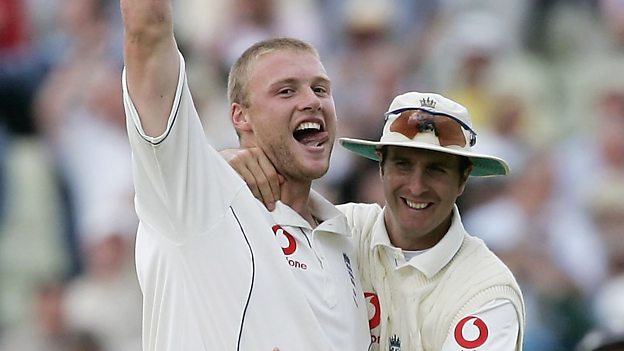 BBC Radio 5 Live Sports Extra will be replaying a selection of classic cricket matches from England’s recent past starting this weekend.

For each of the classic games, including the famous 2005 Ashes Test at Edgbaston, this will be the first time the commentaries have been broadcast in full since airing live.

They will start this Saturday 2nd May with a replay of the 2017 Women’s World Cup Final – England’s win over India at Lord’s.

Over the upcoming bank holiday weekend, between the 7th and 10th May, commentary from England’s Ashes Test win over Australia at Edgbaston will be replayed in full for the first time since its original live broadcast. The game saw England, captained by future TMS summariser Michael Vaughan, beat Australia by two runs.

On Saturday 16th May, 5 Live Sports Extra will celebrate the tenth anniversary of England’s first-ever ICC men’s trophy win by replaying full commentary of England’s win over Australia in the 2010 World T20 Final in Barbados.

Between 17th – 31st May, every England game from the 2019 Men’s World Cup campaign will be revisited. All eleven games will be played in full, culminating in the semi-final win over Australia on May 30th, and the most dramatic end to a World Cup ever – England’s Super Over victory against New Zealand, on May 31st.

There will be a live text service on the BBC Sport website and app for the women’s final on 2nd, the last two days of the Edgbaston Test (9th & 10th), and for the World T20 anniversary on the 16th.

All games will be replayed in full and will be available on 5 live Sports Extra, BBC Sounds and via the BBC Sport website and app.

Speaking specifically about the plans to revisit the 2005 Ashes Test at Edgbaston and the ICC Men’s World Cup Final in 2019, ex-England Captain Michael Vaughan said: “The Edgbaston Test match of 2005 was undoubtedly the most dramatic I’ve ever been involved in – and I look forward to hearing for the first time how it sounded for the listeners to Test Match Special.

“Certainly the most dramatic game I’ve commentated on was the ICC Men’s World Cup final last year – England’s whole campaign was full of drama and intrigue, so I’m delighted that listeners will be able to follow them throughout the tournament leading up to that incredible final.”

There will more classic Test matches to be replayed in June on BBC Radio 5 live Sports Extra, when the international season had been due to start.

It's easy to put travel news on your radio station, from £25 a month for online stations. See RadioTravelNews.com for details and same day set up.
Posted on Thursday, April 30th, 2020 at 7:57 pm by RadioToday UK