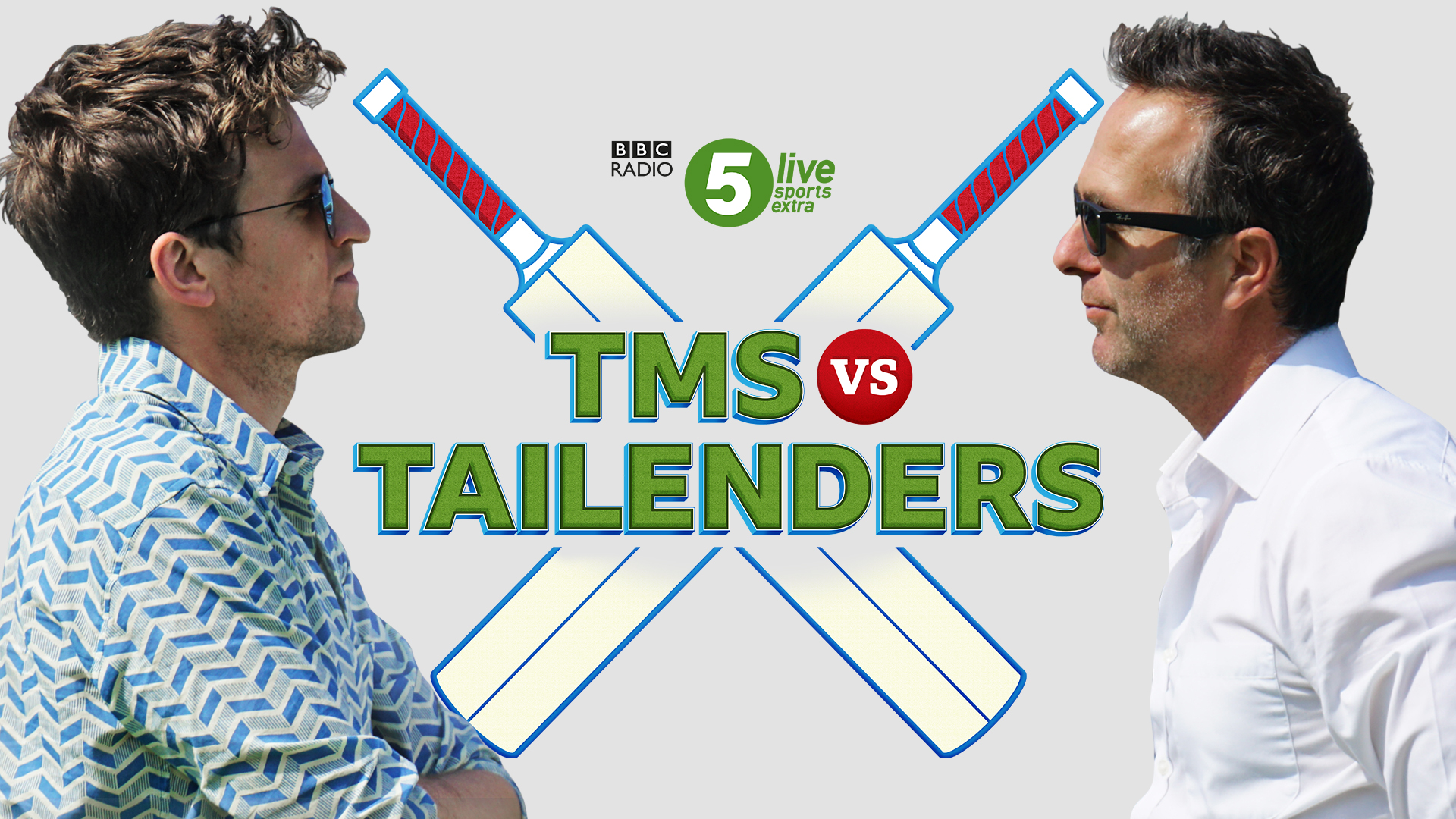 Two radio programmes will battle it out with a game of cricket next month broadcast live on TV.

Test Match Special’s Michael Vaughan and Phil Tufnell will line up against a team of celebrities put together by Greg James and Jimmy Anderson in an event for BBC Radio 5 Live Sports Extra in Derby next month.

The TMS vs Tailenders challenge will take place at the 3aaa County Ground in Derby on Friday 17 August in front of a crowd of 5,000 spectators.

The Test Match Special team will be led by Michael Vaughan, while Greg James will represent Tailenders, the popular cricket podcast he fronts for BBC Radio 5 live alongside England bowler Jimmy Anderson and musician Felix White.

Joining them at the crease will be former England cricketers Graeme Swann, Ebony Rainford-Brent, Charlotte Edwards and Lydia Greenway. Also swapping the mic for bat and ball on the day will be Alison Mitchell, Simon Mann, Prakash Wakankar, Dan Norcross and Charles Dagnall.

Greg and Felix present the BBC Radio 5 Live podcast Tailenders, alongside England bowler Jimmy Anderson. Taking a day off from cricket, Jimmy will coach his Tailenders team on Friday 17 August, while the umpires trying to keep order on the day will be former Test Match official John Holder and World Cup-winning bowler Isa Guha.

BBC Radio 5 Live Sports Extra Controller Jonathan Wall told RadioToday: “It will be great fun to pit the legendary TMS crew against the 5 live Tailenders podcast to see which programme comes out on top. Can the ex-England heroes come out of retirement to beat the eager amateurs? It’s all to play for!”

Last year, a similar event to celebrate Test Match Special’s 60th birthday saw Michael Vaughan’s team beat Phil Tufnell’s side by six wickets in a final over thriller on the day after a lively afternoon of cricketing action.

Need a new or improved logo for your radio station? Visit OhMy.Graphics and see how awesome you can look.
Posted on Wednesday, July 18th, 2018 at 6:31 pm by RadioToday UK