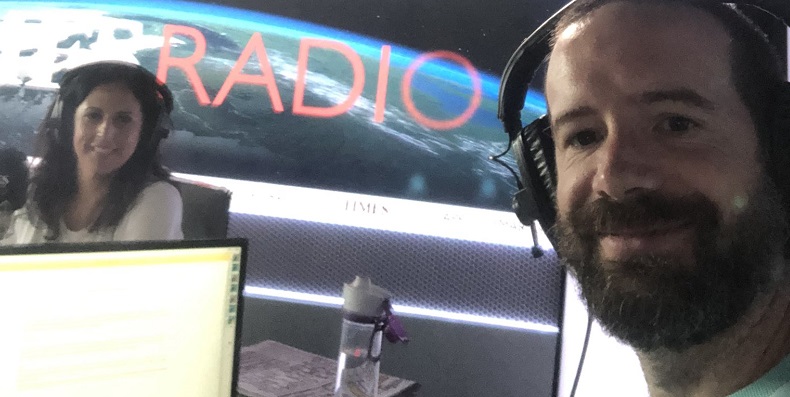 Former Times Radio launch director Stig Abell is to stand down from his role as Editor of the Times Literary Supplement to become Executive Editor for radio and podcast division, Wireless.

Former Sunday Times Editor Martin Ivens will be the new Editor of the TLS.

Stig has been working with Wireless CEO Scott Taunton and Programme Director Tim Levell to develop the brand and tone of Times Radio, which launches next week. In April, he was named co-host of the Times Radio breakfast show (Monday to Thursday) alongside broadcaster Aasmah Mir.

In his new role as Executive Editor at Wireless, he will report to Scott Taunton and work with programme directors advising on editorial tone of voice. Stig will continue to be responsible for the TLS Books imprint, a partnership with William Collins, and remains a columnist for The Sunday Times.

He said: “To have been custodian of a thing as precious as the TLS for four years, and to have been involved in developing its potential in print, online, podcast and book form has been a real privilege. I will miss everyone who works there terribly, but leave full of confidence that they will continue to do a great job. Meanwhile, I get to concentrate my energies on radio, which is a huge and invigorating challenge.”

Sadly, I am leaving @TheTLS. Over the last four and a bit years, I have edited more than 200 issues, read more than 10 million words, written more than 5000 headlines and recorded 185 podcasts. We launched a new book imprint, a new website and shop, and a new-look print product. pic.twitter.com/E1NNixmLxf

Wireless CEO Scott Taunton said: “Stig has been a key asset in developing Times Radio. He is a charismatic broadcaster with a keen editorial vision, and I’m glad to have his talent and experience joining Wireless at such an exciting time for our business and brands.”

News UK Chief Operating Officer David Dinsmore said: “I want to thank Stig for his contribution in reinvigorating the TLS. He has brought renewed energy to the brand and I’m delighted he will remain connected via TLS Books – one of his many creations.

“In a distinguished journalistic career which saw him spend 30 years working across The Times and The Sunday Times, Martin has edited with rigour and intellect, making a major contribution to international journalism. He is the ideal editor to lead the TLS through its next chapter.”

Martin added: “I’m delighted to have been invited to edit the Times Literary Supplement. Without a doubt it is peerless in its role leading the nation’s cultural debate and I look forward to working with the team – and the universe of contributors – to build on the excellent work Stig has done.”