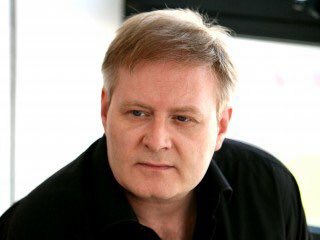 North East radio presenter Tom Davies – who hosted shows on stations including TFM, Magic, Smooth and Star Radio – has been found dead by police after being reported missing last week.

Tom, who was 54 and lived in Sunderland, notably hosted ‘Tom’s Talk In’ amongst other shows on TFM and was the first voice on Magic 1170 in 1997.

He returned to TFM in 2003 in the late night slot, followed by spells at Century and BBC Radio Newcastle. He joined Smooth Radio North East as its breakfast show presenter for three years from launch in 2008, before a move to weekends on Real Radio North East when Smooth first went national in October 2010.

In 2011 he joined Star Radio in Darlington as weekday breakfast host. He later returned to the 1170AM frequency while hosting shows for Bauer’s ‘Big City 2’ network in 2014.

Tom appeared on many other stations throughout his career too, including Radio TopShop, Wear FM and pioneering internet radio station StormLive. He also worked as a programmer at Liberty Radio in London.

Police say there are not thought to be any suspicious circumstances surrounding Tom’s death. He had been due to appear at Newcastle Crown Court for sentencing on 17th July after pleading guilty to three charges of making indecent images of children. A previous court hearing had heard a claim that he downloaded the images as part of research for a documentary about the issue.

A Northumbria Police spokesperson said: “We can confirm that on July 16 we received a report of concern for the welfare of a 54-year-old man who had gone missing from an address in Sunderland. Enquiries to locate him led officers to an address in Sunderland where the man was sadly found deceased. An investigation into the circumstances around his death is ongoing but there is not believed to be any third party involvement. A report has been prepared for the coroner and an inquest will be held in due course.”

Kev Johns off air in Swansea due to police investigation