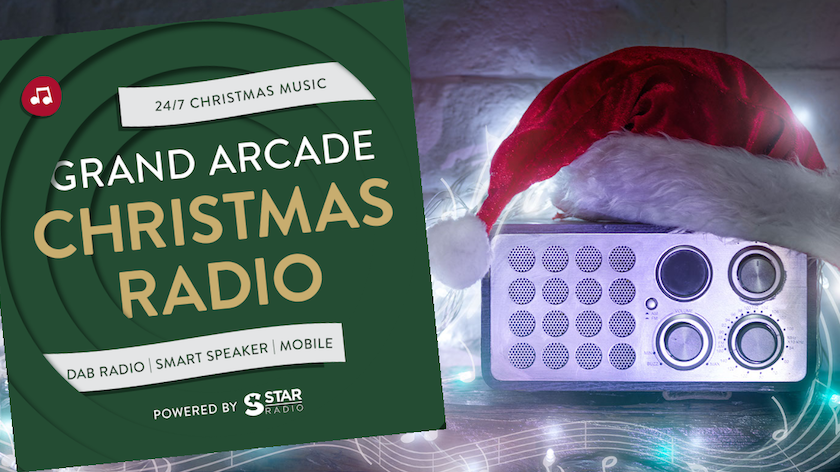 Cambridge’s Star Radio has teamed up with the city’s shopping centre Grand Arcade to launch a dedicated Christmas radio station.

Grand Arcade Christmas powered by Star Radio, will broadcast on DAB radio in Cambridge and via the usual online destinations.

“In the meantime we’ve created the perfect soundtrack to get people feeling festive in their homes with our friends at Star Radio.”

Star Radio’s Managing Director Freddie Scherer says, “We know that people in Cambridge are now ready earlier than ever to get into the seasonal spirit… so we’re thrilled to be working with the team at Grand Arcade to bring the city’s first dedicated Christmas station to reality.”