ashley byrnebbc radio 4made in manchester 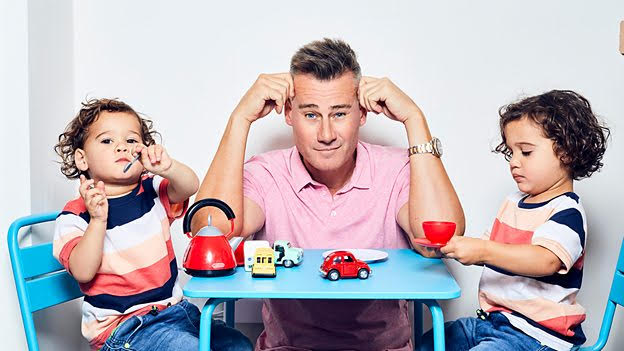 Made in Manchester is celebrating 15 years of production with a brand new eight part comedy panel series for BBC Radio 4 and podcast for BBC Sounds.

A pilot was made of the show earlier this year and now commissioners have given The Likely Dads its first series.

The Likely Dads is presented by middle aged dad of twins (and former Blue Peter presenter) Tim Vincent with regular ‘likely dads’ comedians’ Russell Kane and Mick Ferry joined each week by an array of special guest dads from different walks of life.

The format includes various features including one which pits Russell Kane and Mick Ferry’s rather different parenting styles up against each other – and another which tests a panelists knowledge of their kids impression of them.

Likely Dads Creator and producer Kurt Brookes says: “Radio 4 is the breeding ground for broadcast comedy in the UK and competition for airtime is fierce, so getting this eight-part commission is a huge achievement for MIM.

“I can’t wait for listeners to hear what we’ve got in store for them because I’ve laughed like a drain during each recording.”

Regular ‘Likely Dad’ Mick Ferry says: ‘Being a dad is a challenge. Constantly asking yourself if you’re being a good dad. By appearing on the Likely Dads I get to judge my abilities as a father against others’ experiences. The bottom line is, I’ve won loads of The Best Dad in the World mugs, so I must be quite good.”

One of the guests in the first programme is Emmerdale star and dad of two Chris Bisson. He says: “Being a Dad is a bit of a rollercoaster, every day brings exhilarating moments. I’m looking forward to comparing notes on The Likely Dads.”

MIM Creative Director Ashley Byrne adds: “Earlier this year MIM brought to life Agatha Christie’s ‘The Lie’ on Radio 4 for a World Premiere – and in April and May we earned plaudits for our three part Pandemic 1918 series looking at the last time the world faced a pandemic on a comparable scale.

“Getting The Likely Dads is the icing on the cake. We’ve done loads of comedy over the years but breaking new ground with a panel show on the funny side of being a dad is brilliant. We think the theme has lots more mileage – and we hope it will provide some much-needed light relief during these difficult times.”

The first episode of The Likely Dads airs on BBC Radio 4 this Thursday night from 11pm. All episodes will be on BBC Sounds as well.

Need a new or improved logo for your radio station? Visit OhMy.Graphics and see how awesome you can look.
Posted on Wednesday, November 4th, 2020 at 6:09 pm by RadioToday UK


ashley byrnebbc radio 4made in manchester