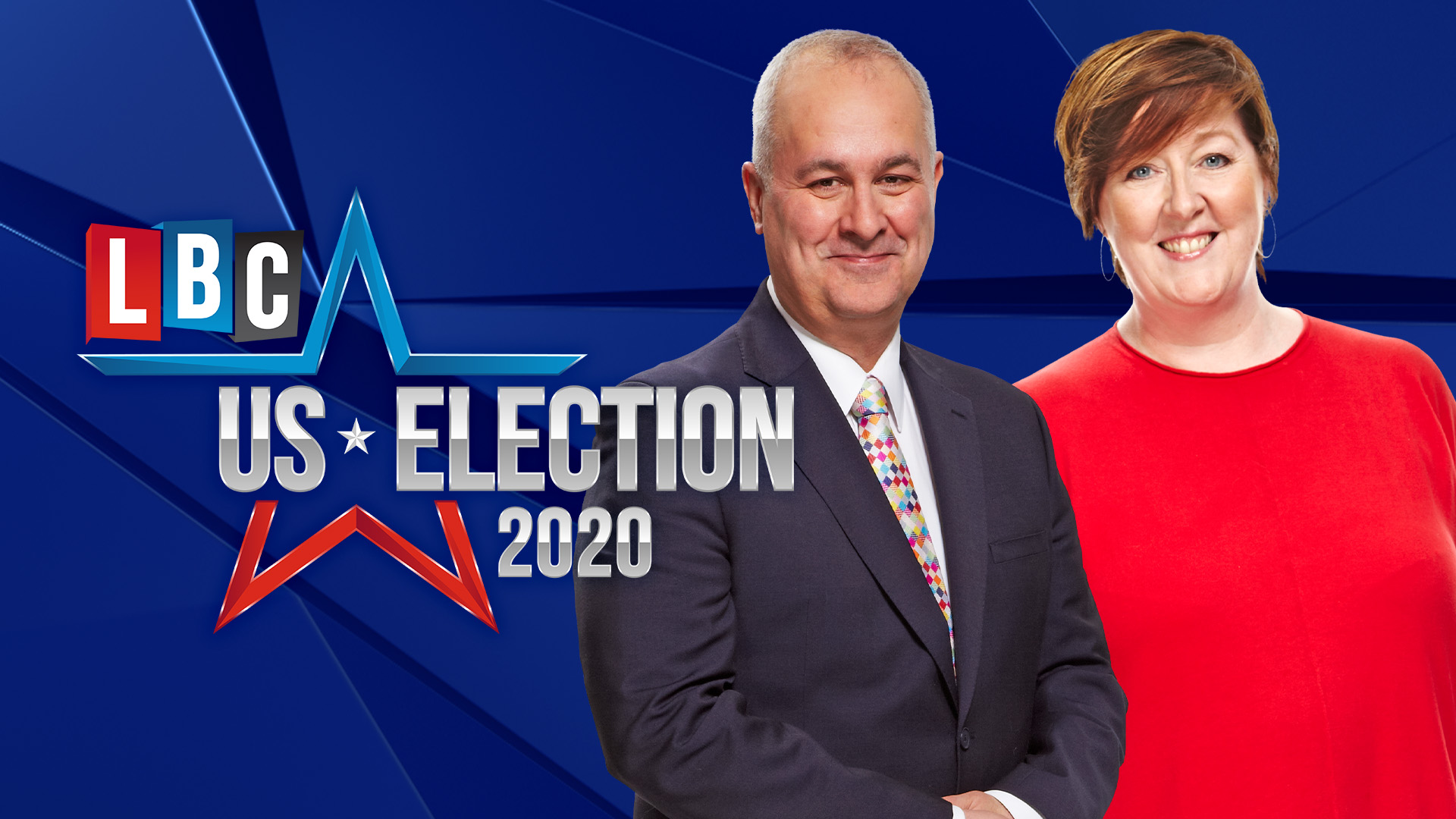 The biggest event of the year in US politics is set to be covered live by a number of radio stations in the UK this Tuesday.

LBC’s special show starts at 10pm and will be in video as well as audio with Iain Dale and Shelagh Fogarty live from LBC’s new studios in Westminster.

Tom Swarbrick will be live from the Election Hub at Global’s news centre in Leicester Square and Ben Kentish will swap Westminster for Washington, D.C. to provide the latest reaction and breaking news Stateside as the votes are declared.

He will be backed by the station’s US Correspondent Simon Marks and a team of journalists across the USA, who will be following the Trump and Biden camps throughout the night and reporting from key swing states, including Florida, Ohio, Pennsylvania and Wisconsin.

From 5am to 10am, Nick Ferrari will continue the non-stop election coverage with a special extended edition of Nick Ferrari at Breakfast.

At BBC Radio 4 and BBC World Service, a show of the same name, “America Decides”, airs from 10pm which will also be broadcast on 5 Live from midnight. BBC Radio Wales, Scotland and Ulster will also take part of this show as part of their syndication.

An extended 5 Live Breakfast with Nicky Campbell and Rachel Burden will air from 5am.

talkRADIO has a US Election Special with Mike Graham from 1am Wednesday morning, where a host of guests will analyse and debate the latest events, and at the time of publication, and Times Radio is promoting an overnight results programme with Tom Newton Dunn in Washington and Calum Macdonald in the UK.

And News Radio UK is live through the night from 11pm till 5am – taking a syndicated programme of rolling coverage from Radio News Hub.

Jamie Fletcher from Radio News Hub told RadioToday: “Our team will be based in the UK with our reporter in the States pitching in with regular updates.

“The live six-hour show is free to all RNH clients. Non-clients are also able to broadcast it by making a one-off payment.”

Need a new or improved logo for your radio station? Visit OhMy.Graphics and see how awesome you can look.
Posted on Sunday, November 1st, 2020 at 3:28 pm by RadioToday UK