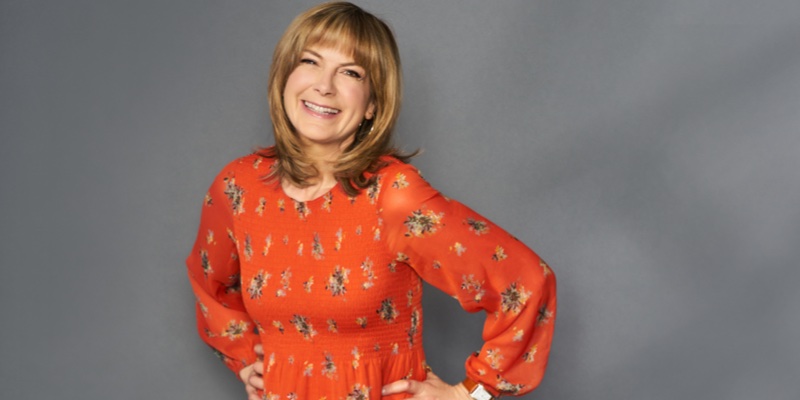 In other changes following the departure of Simon Mayo from the daily schedule, Mark Forrest is to host mid-mornings permanently and Angellica Bell is to launch a new magazine style weekend show Saturday and Sunday 10am till 1pm.

Jack Pepper will continue in his 3pm slot throughout March before moving to a new showtime of 6pm. Hannah Cox meanwhile moves to Saturday Breakfast at 7am, and Anne Frankenstein joins the Scala team for Sunday afternoons 1-3pm.

Speaking about her new weekday 4-7pm show, Penny Smith said “With Spring on the way, evenings getting longer and Scala Radio’s second birthday on 4th March, there is no better time to join the 4-7pm slot. Scala Radio is a classical music station like no other, so I am currently poring over the music to select my first piece and can’t wait to hear our listeners choose the ‘Showstoppers’, which close my show every evening.”

Angellica said “I can’t wait to get going on my brand-new Scala Radio Saturday and Sunday shows. There’s going to be the usual mix of classical hits and modern popular tracks, given a classical twist too, which is why I love the selection of music played on the shows.

“I’ll also be offering listeners culinary inspirations with recipe suggestions, celebrating music teachers from across the UK, who have done an incredible job over the last few months, and as usual, showcasing the ‘Album of the Weekend’.

“There’ll be special celebrity- friend guests to join in the fun, so listen out for Alan Carr, Martin Lewis and Gabrielle in the first couple of weeks!”

Scala Radio’s Group Content Director, Tony Moorey said “I am thrilled to introduce the new line up for Scala Radio. Penny Smith, Mark Forrest and Angellica Bell are a presenting team that will expertly complement the already stellar line up on the station.

“They will entice new listeners and entertain existing audiences with Scala Radio’s unique take on classical music, along with exciting features in their shows”

In addition to the new schedule changes, Scala Radio has also announced a new Sunday specialist series, Charlie Higson and Friends. The Fast Show’s Charlie Higson previously hosted the 2019 series ‘Charlie Higson’s Playlists’ and will be returning along with some famous pals, including Paul Whitehouse, Bob Mortimer and Arabella Weir.

On Easter Monday from 7am – 10pm, Scala Radio will be celebrating the best movie music across the day with ‘All Movies Easter Monday’.

This will be the third ‘All Movies Easter Monday’, and every hour will feature film scores themed by genre, composer or director, such as superhero movies, Hans Zimmer scores or Steven Spielberg films – as voted for by Scala Radio listeners.

This content follows on from the previously announced March specials, ‘She Scores on Scala Radio in association with The Ivors Academy’ with composers Pinar Toprak, Jessica Curry, Isobel Waller-Bridge and Nainita Desai each hosting their own show about the music that’s inspired them. Scala Radio has also partnered with Donne, the organisation that drives equality, diversity and inclusion across the music industry, to highlight 10 women composers each month who have never been played on the station before, both historic and living.

The full Scala Radio Spring schedule from April 5th is: