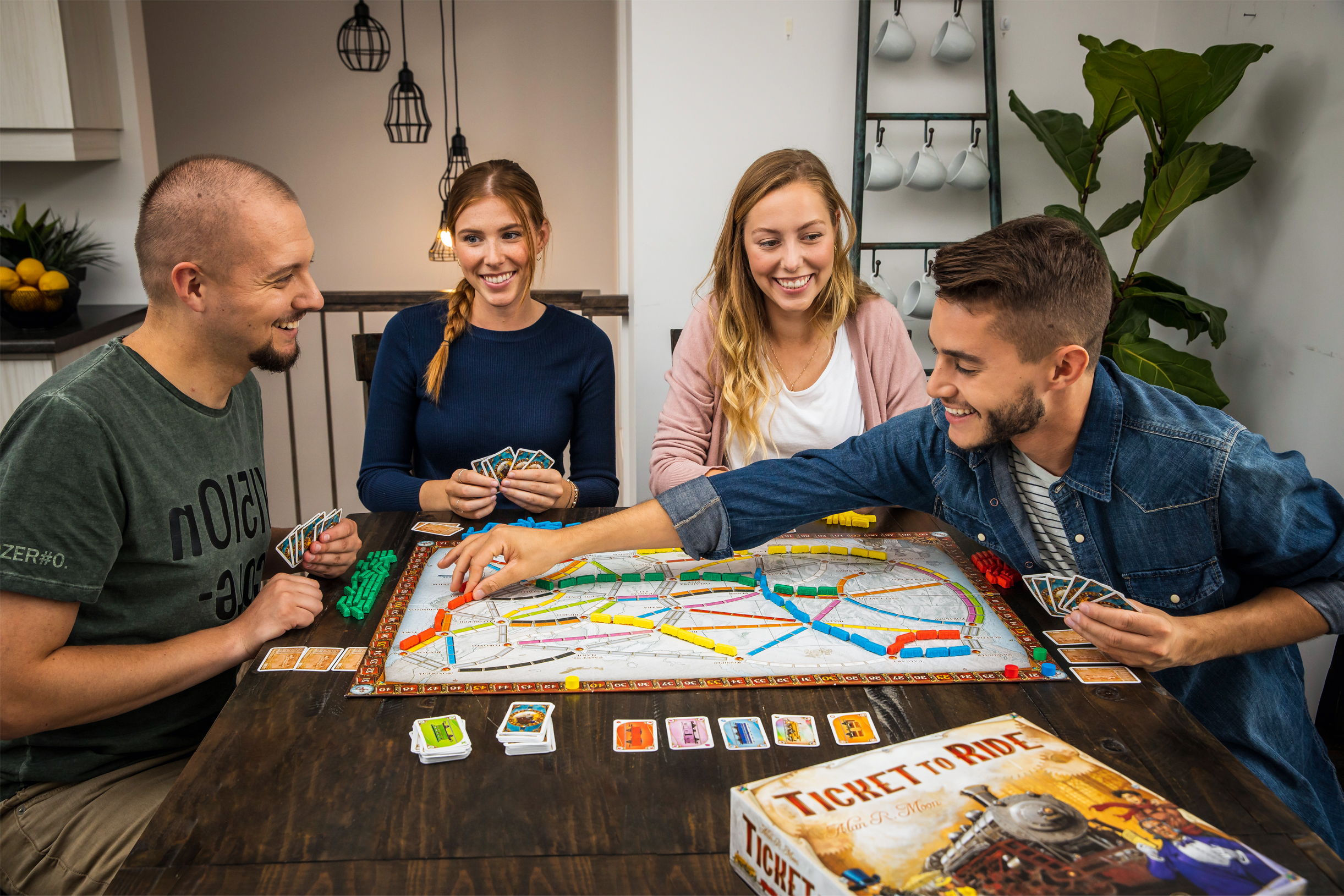 Game publisher and distributor Asmodee UK has partnered with Absolute Radio and its presenters Andy Bush and Richie Firth to launch its first radio campaign.

The six-month campaign will run until April 2022, with the aim to raise awareness of Asmodee’s board games, such as Dobble, Catan and Ticket to Ride, and encourage more people to play more games more often.

As well as being the company’s biggest ever marketing campaign, it marks the first time it has advertised on radio and comes as recent RAJAR figures reveal that the Absolute Radio Network now reaches a record 5.2 million listeners.

The games will come to life on Bush & Richie’s Hometime show, where the duo will bring listeners to air to play their versions of a selection of Asmodee UK games.

For example, for the radio version of Dobble, the same words will be blocked out of two songs and callers will go head-to-head to see who can identify the most pairs.

Winners will win four tickets to Bush and Richie’s Board Game Bonanza, to be held on Tuesday 15th February. Held at Cahoots in London, 60 game-lovers will experience the ultimate board games night, enjoying music, food and drink, spot prizes and playing a range of Asmodee UK board games.

In addition, Asmodee UK will become the official sponsors of Saturday nights on Absolute Radio across both Andy Bush’s Indie Disco and the Classic Rock Party with Claire Sturgess. 40” trails will also drive listeners to an online creative page on Absolute Radio’s website where they can win a party food and drink package, sound system and a bundle of Asmodee UK games.

Matt Batchelor, Group Commercial Director, Bauer Media Advertising said: “We know that one of the most powerful marketing tools and getting people to try something new is through word of mouth, recommendations from friends and trial. With such a strong relationship with their listeners and by including on-air versions of the games in their shows, Bush & Richie are the perfect choice to get people trying some Asmodee UK games and increase brand awareness in an authentic and engaging way.”

James Arnold, Head of Marketing, Asmodee UK, added: “It’s been great collaborating with Bauer Media and Absolute Radio to create this fun campaign that spans radio, online and an incredible event. By seamlessly incorporating our games into the station’s editorial and giving people the chance to play the games themselves, this campaign will undoubtedly get people talking about games and will help our fantastic board games become household names.”

Clive Green, Business Director, Generation Media commented: “We are delighted to have worked with Asmodee UK and Bauer Media to identify a solution which challenges conventional category marketing strategies and opens up Asmodee’s fantastic range to a wider audience than ever before. Christmas gifting is critical for the success in the highly competitive board games market, and Bush & Richie will ensure Asmodee’s brands are top of people’s lists.”

Need a new or improved logo for your radio station? Visit OhMy.Graphics and see how awesome you can look.
Posted on Tuesday, December 7th, 2021 at 3:30 pm by RadioToday UK