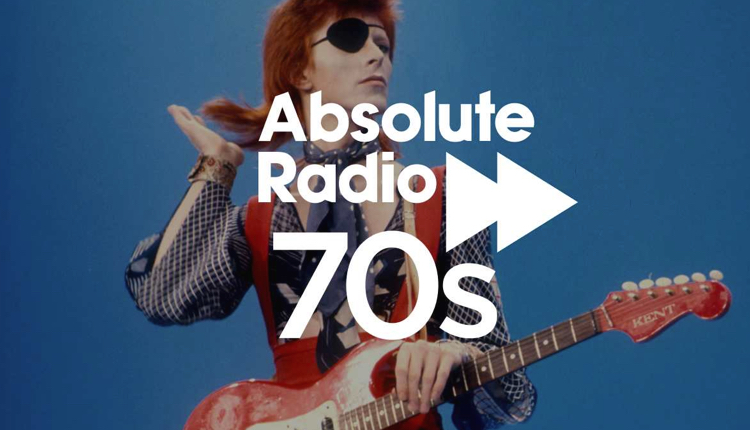 Absolute Radio 70s is coming off DAB in London and being removed from its slot on Sky TV too.

Bauer is advising listeners to tune in online instead, saying there is only limited amount of space available on DAB and they are making way for “some new stations”.

Absolute Radio 70s is the least popular of all the decades stations still in RAJAR, with 251,000 weekly listeners. Absolute Radio 60s and 00s are also only available online (apart from inclusion on the Inverness local DAB mux), whilst 80s is on D2, 90s is on D1 and Classic Rock is on a London DAB mux.

The station says: “As of 23rd May, we will be [no] longer be available on digital radio or digital TV. Don’t panic though, we’re not disappearing completely and you’ll still be able to listen to us in all of the following ways:

“If you already listen to us in one of those ways, great – nothing is changing for you! We’re having to make this change because there’s only a limited amount of space available on digital radios and there are some new stations coming. We’re making way for some new people, but we’re still here bringing you loads of pop, rock, soul and disco in all of the ways listed above.

RadioToday will bring you news of the new stations planned for the space as soon as we get it.

It's easy to put travel news on your radio station, from £25 a month for online stations. See RadioTravelNews.com for details and same day set up.
Posted on Thursday, May 24th, 2018 at 12:10 am by Duty Reporter