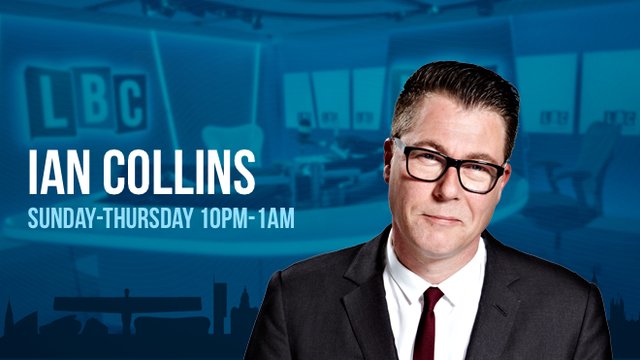 Late night presenter Ian Collins has left LBC to take some time off, just days before Eddie Mair is due to join the station.

In a video posted on social, Ian confirms the reason for his sudden departure.

“By the time you see this I will have left LBC after five years, I’ve done my very last late show.

“There’s no conspiracy, I’ve not died or been fired, this is just about having a large chunk of time off, I’ve worked these hours for about 15 years now so just need a big long kip.”

His departure comes just days before Eddie Mair takes over a new weekday show on the station. An announcement about which show Eddie will be hosting is overdue, but a start date of September 3rd has been added to Eddie’s Twitter profile.

An LBC spokesperson told RadioToday: “Ian Collins has decided to step down from LBC. He is a terrific broadcaster who has made a huge contribution to LBC during his time with us. He leaves with our very best wishes.”

Ian also thanked the incredible teams he’s worked for and with during his time at LBC, and for the listeners for getting in touch with the show.

Ian joined LBC for weekends but was moved to the weeknight show to replace Duncan Barkes in 2015. Before LBC, he was at talkSPORT/talkRADIO for 16 years (Ian Collins and the Creatures of the Night etc) and started his phone-in career at Invicta FM.

If you missed the radio announcement…..👀 pic.twitter.com/IGnSw4qeph