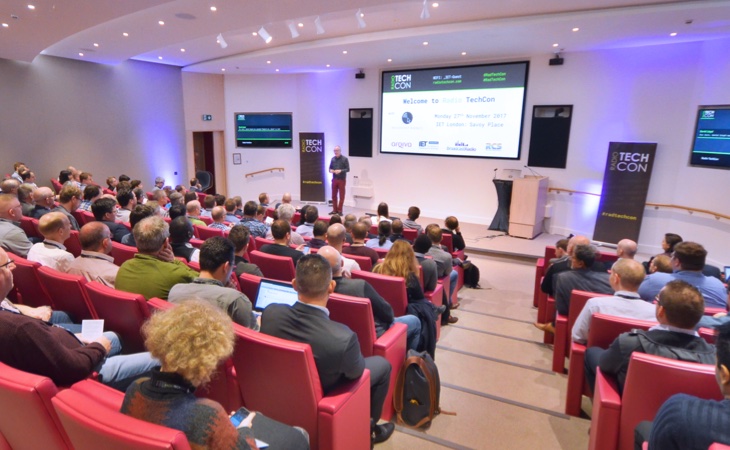 The first sessions for this year’s radio and audio industry’s technical and engineering conference have just been announced, and include:

Ann Charles, from organisers TBC Media Ltd, says, “I’m so excited that it’s almost time for Radio TechCon again. Our wonderful team of volunteers has been working really hard to bring a range of speakers and presentations that showcase the innovations that are going on in broadcast technology from around the world. If you want to know where the future of radio and audio is headed – you need to be in the room with us!”

The event brings together broadcast engineers, technologists, managers and tech-savvy producers for a day of learning and sharing about all things at the technical end of the industry. There’s also a mini trade-fair during the event.

Full details of the event, which takes place on Monday, 26th November 2018 at IET London: Savoy Place, are available at radiotechcon.com

Need a new or improved logo for your radio station? Visit OhMy.Graphics and see how awesome you can look.
Posted on Friday, September 7th, 2018 at 2:05 pm by Roy Martin

Podcast: Behind the scenes at Radio TechCon