Global raises more than £4million for Make Some Noise 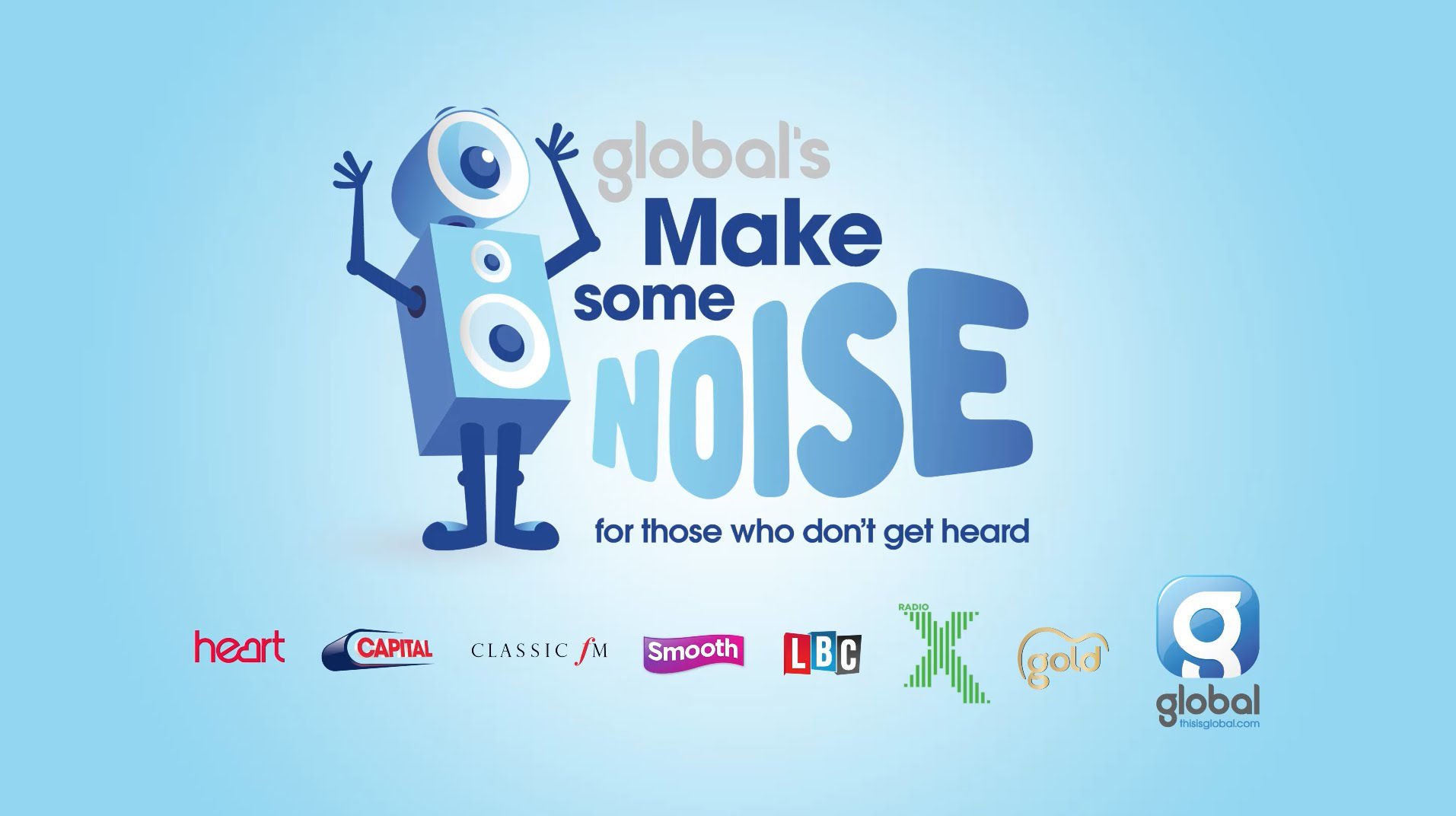 Global has spent today raising money for its Make Some Noise charity with a number of special activities taking place across all of its brands.

The national charity gives a voice and a lifeline to small projects across the UK that struggle to be heard. Since Global’s Make Some Noise launched in 2014, it has raised over £15million and raised awareness for 224 charities and projects around the country.

Heart Breakfast’s Jamie Theakston got Global’s Make Some Noise Day off when he completed ‘Jamie’s Long Walk to London’ – a 182.7-mile trek from Cardiff to London. Jamie has spent the last week walking seven marathons in seven days.

His walk inspired Heart listeners to donate £168,626. Thousands of well-wishers sent him messages of support (including Liam Payne, Jess Glynne, Jamie Oliver and Bear Grylls), with listeners coming out to cheer him on along the way. Olly Murs joined Jamie for the final stretch in London as they made their way back to Heart’s Leicester Square studios accompanied by some of the charity’s beneficiaries. A huge cheer rang around Leicester Square as an emotional Jamie completed his challenge this morning and was reunited with his Heart Breakfast co-host Emma Bunton and his family, who surprised him at the finish line.

Elsewhere this morning, Capital Breakfast’s Roman Kemp, Vick Hope and Sonny Jay were joined by friends of the show including Love Island 2018 winners Dani Dyer and Jack Fincham, Roman’s dad Martin Kemp and Olly Murs for a series of dares and challenges to raise money for Global’s Make Some Noise, while Chris Moyles and the Radio X breakfast team faced their phobias live on air.

This afternoon Sigrid wowed Londoners with an exclusive performance at Capital’s ‘All Star Bar’ in Leicester Square. Sigala also stopped by during Will Manning’s drive-time show.

Listeners up and down the country wore their brightest and boldest outfits to school and to work today to raise money for Global’s Make Some Noise, with Global’s presenters also ‘dressing loud’.

In addition to the presenter challenges, a host of once-in-a-lifetime prizes were up for grabs for listeners including holidays to New York, Dubai, Mexico and Norway.

Stephen Miron, Group CEO of Global, said: “What a way to celebrate the fifth year of Global’s Make Some Noise. By uniting every Global brand, our star line-up of presenters and our 25 million weekly listeners, we are helping to change the lives of thousands of children, young people and their families across the UK. We have raised a record breaking £4,198,678 which will fund some incredible projects and small charities that support young people living with illness, disability or lack of opportunity. A massive thank you to the entire Global family, our friends and especially our listeners for their dedication, generosity and support. It’s been a very special day for Global.”

Selco, Confused.com and Virgin Holidays are generous supporters of Global’s Make Some Noise.

It's easy to put travel news on your radio station, from £25 a month for online stations. See RadioTravelNews.com for details and same day set up.
Posted on Friday, October 5th, 2018 at 11:24 pm by Duty Reporter