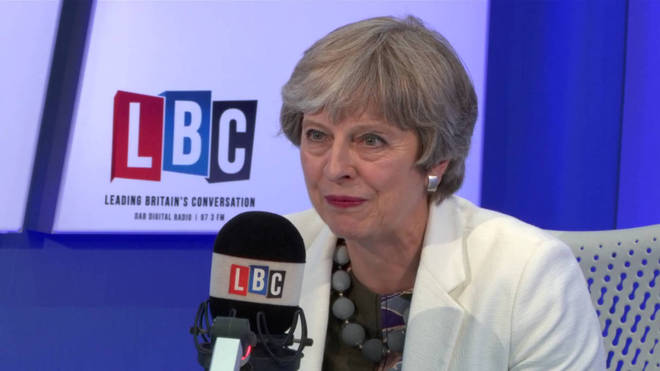 LBC is interviewing Prime Minister Theresa May on breakfast with Nick Ferrari this morning.

The Global station is streaming the interview live online and is asking listeners to put questions to her. The segment will also be available to watch/listen again later.

The interview comes in a week where a number of Cabinet ministers resigned, including Brexit Secretary Dominic Raab and Work & Pensions Secretary Esther McVey, saying they couldn’t support her EU Withdrawal agreement.

And Jacob Rees-Mogg became the latest Conservative MP to send a letter of no confidence in the Prime Minister, increasing the likelihood of a leadership challenge.

?One hour to go ?
Theresa May is live on LBC, answering your questions. Watch it live here.@NickFerrariLBC | @10DowningStreethttps://t.co/TJZBGdF0Sw

Need a new or improved logo for your radio station? Visit OhMy.Graphics and see how awesome you can look.
Posted on Friday, November 16th, 2018 at 7:54 am by RadioToday UK