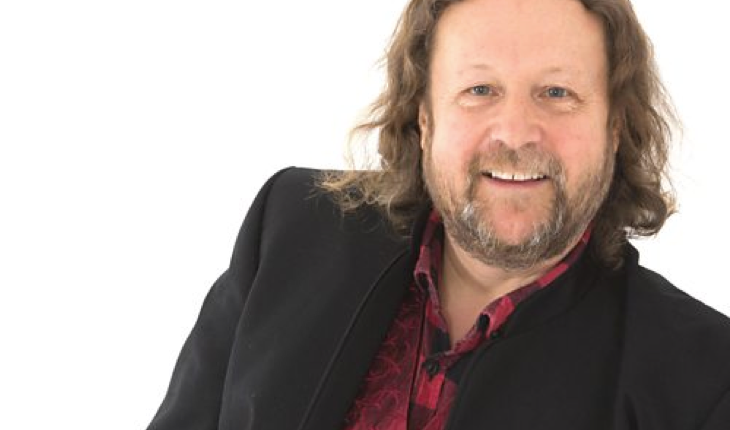 Alex Lester has said an emotional goodbye to his listeners on the breakfast show at BBC WM 95.6 this morning.

During the last few minutes of his show, Alex said that it’s time to step off the merry-go-round after 42 years in the industry, and thanked listeners and everyone involved in the programme.

He said: “What I’m doing, after more than 10,000 radio shows – which I worked out with The Dark Lady was about two and a half years on the radio – I thought it’s time for me to step off the merry-go-round a bit, so I’m leaving the breakfast show.”

Samantha Meah and Daz Hale are taking over from January 14th, with Richard Wilford hosting the show next week.

Samantha Meah, who hosts a weekly show on WM already, says: “I am so excited to be waking up the WM listeners, I have to warn you, my laugh is infectious, I love to gossip but my music taste is impeccable! I’m looking forward to having the best banter with Daz – this is a dream gig for me.”

Current WM presenter Daz added: “I am thrilled to move over to the weekday breakfast show, this really is an honour for me. You can expect all my usual antics and fun, along with some serious news from across the West Midlands and of course lots of local chat with some music thrown in. I can’t wait to get stuck in with Sam.”

On leaving breakfast, Alex’s wife paid tribute to him on social media this morning, confirming Alex will be staying on his Saturday night regional show:

“After more than 40 years of public service broadcasting for the BBC – most of it delivered during the most ungodly hours of the night when those who were listening to the radio really needed to hear a warm and friendly voice who made them laugh – my magnificent husband, Alex Lester, is hanging up his full-time headphones and getting to sleep through the night on a regular basis at last.

“He’ll still be rocking the mic like a vandal on Saturday nights for BBCWM and is bound to be popping up here and there on a radio station near you from time to time but ‘the broadcaster’s broadcaster’, as he is commonly known within the industry, is going to have a well-deserved rest and see a bit more of his beloved Hastings, friends, family, and wife.

“My darling, I could not be more proud of you if my life depended on it. You are a BBC legend and the radio waves will be all the poorer without your beautiful voice and wonderful banter.”

Sarah Harness, Editor of BBC WM comments “I’m thrilled with the new show. Sam and Daz are going to be an absolute treat for listeners – they’re a dream combination together. Sam’s delighted to get back to her roots and alongside Daz it’s going to be a laugh a minute. With the best music and all the news coverage you need, it’s going to be the only way for the West Midlands to wake up!”