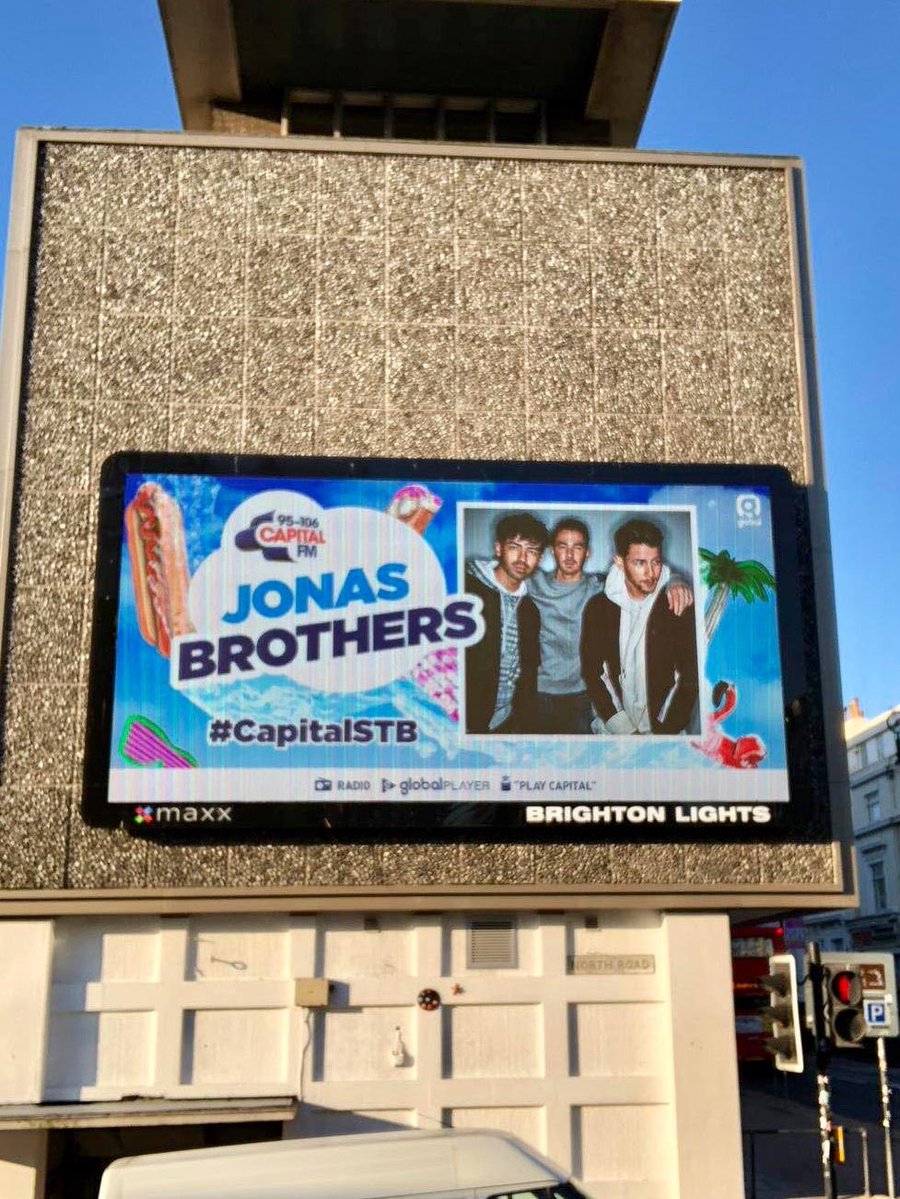 Global is bringing back Capital’s Summertime Ball for another year – with the event taking place on Saturday June 8th 2019 at Wembley.

The first acts were announced this morning on-air and via billboards – and include the Jonas Brothers performing their first UK gig for a decade.

Global used billboards to reveal the acts, asking listeners to get in touch with the station tweeting photos of the names.

Ashley Tabor OBE, Founder & Executive President of Global, told RadioToday: “Today we kicked off our massive reveal week on Capital Breakfast by announcing some of the world’s biggest artists for Capital’s Summertime Ball.

“We are especially excited to confirm the news that so many fans have been waiting for – the Jonas Brothers are returning to the UK and playing the Ball. We’re only just getting started and we can’t wait to reveal yet more huge acts for the UK’s hottest summer party on Capital Breakfast with Roman Kemp tomorrow morning!”

We're ready to party with @MarkRonson, @5SOS and @jonasbrothers at the #CapitalSTB… But who will we be announcing tomorrow? 🤔 https://t.co/jtO7GnSuut

Hidden on Ballboards across the UK, right now, are the names of the first six artists playing the #CapitalSTB. 🎤

You need to go and find their names and tell us who's performing. 🔍 pic.twitter.com/bY8CqdoFlS

Keep an eye on ballboards like this tomorrow morning to find out who's playing this year's #CapitalSTB 👀 Listen to Capital Breakfast with Roman Kemp and let them know when you find one… https://t.co/3dmSR8zRKF pic.twitter.com/SekL6PNc7e