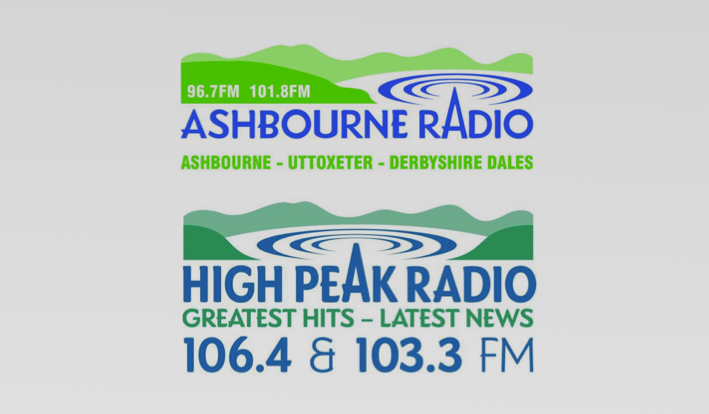 The two stations will be added to the group that currently consists of Imagine Radio, Durham Radio and Alpha Radio.

Co-founding Director at Ashbourne Radio and High Peak, Steve Jenner told RadioToday: “David, Paul and I would like to thank all our clients, listeners, former and present staff and friends of our radio stations for the loyal support they have given us since High Peak Radio went to air in 2004 and Ashbourne Radio in 2008.

“We believe the new owners, Helius Media Group, represent the strongest possible future for these stations in providing proper local services and would like to offer the new owners every good wish for continuing success.”

Michael Taylor, the CEO for Helius Media Group has said “I would like to thank David, Steve and Paul Jenner for the opportunity to acquire these great stations. They have done a fantastic job over the years and making them a key service for their communities. I look forward to working with the existing teams and to continue driving High Peak Radio and Ashbourne Radio forward.”

Steve Jenner was a guest on the RadioToday Podcast in 2018 talking about the new book he’s co-written with his brother, Paul, about their entry into the radio industry running RSLs in the 1990s before being awarded the commercial radio licence for High Peak in Derbyshire.

Need a new or improved logo for your radio station? Visit OhMy.Graphics and see how awesome you can look.
Posted on Tuesday, June 18th, 2019 at 12:42 pm by Roy Martin

Podcast: High Peak Radio and the story of its founders