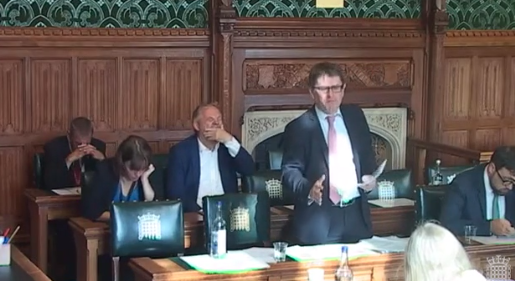 Concerns have been raised in Parliament over the future ownership of Small-Scale DAB and funding options for Community Radio stations.

Operators of the Small-Scale DAB multiplexes will be required by law to reserve space for Community DSP licence holders and publish information about the carriage fees charged.

Margot James said today that no body corporate will be able to own more than 20% of the entire number of licences that are issued – a change from the previously announced figure of 25%. Big companies such as Bauer and Global will be only be allowed to invest a maximum of 30% in a licence, and be involved in no more than six Small Scale Multiplex licences.

Also in the session, Kevin Brennan, Shadow Minister at DCMS, raised a large number of concerns on behalf of the Community Media Association and the Local Radio Group.

They included the consolidation in the radio industry/concentration of ownership, concerns that Ofcom only listens to the big commercial radio operators, and asked if the Small-Scale DAB multiplexes will be large enough to be viable.

Margot also explained the current limit for Community Radio stations to earn up to £15,000 without fund matching is needed to ensure the stations stay true to their not-for-profit model.

The Small-scale Radio Multiplex and Community Digital Radio Order 2019 will now go to the House of Lords for debate on July 23rd.

You can watch the full session below.

The Small-scale Radio Multiplex and Community Digital Radio Order 2019 now goes to the House of Lords for debate next Tuesday, 23 July. #ssDAB #digitalradio

(PS Does anyone actually know who/what 'The Local Radio Group' is?) pic.twitter.com/2TzYJkyiOs