Yinka and Shayna Marie to take over Capital XTRA Breakfast 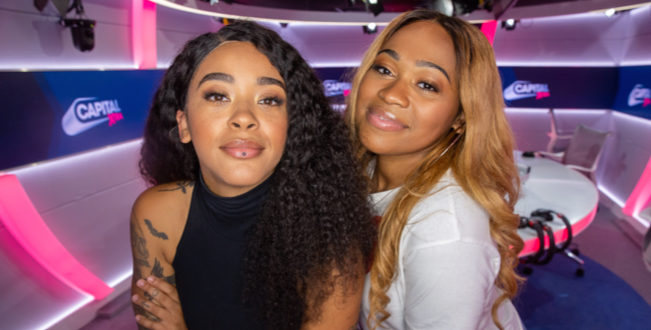 Yinka and Shayna Marie will replace Jez Welham, who RadioToday revealed will be leaving the show last week, from September 9th.

Other changes are also coming to the schedule. Robert Bruce will be hosting Evenings on Capital XTRA from 7pm – 10pm, Leah Davis will become the new host of weeknights from 10pm – 1am, Chris Ros will present overnights from 1am – 4am and Jay London will host Early Breakfast from 4am – 6:30am.

Al Smith, Deputy Managing Editor of Capital XTRA tells RadioToday: “We’re thrilled to confirm Yinka and Shayna Marie as the hosts of the new breakfast show on Capital XTRA. They have a brilliant chemistry and an infectious energy, and we’re proud to be launching a brand new breakfast show fronted by two hugely talented rising stars.

Speaking about taking the reins on the Capital XTRA Breakfast show, Yinka said: “I’m proper excited to be the new host of the Capital XTRA Breakfast Show alongside Shayna Marie. It’s such an honour. We’re going to bring a really friendly energy and vibe to our new show – we want our listeners to feel like they’re listening to their mates every morning. We’ll be playing the biggest tunes, all the newest cuts, the hottest drops and the very best of Reloaded and Homegrown, supporting our own UK talent. I can’t wait to get started!”

Shayna Marie said: “I’m so excited to start presenting on the Capital XTRA Breakfast Show with Yinka. This truly is a dream come true. We’ll be bringing the biggest energy, best tunes and nonstop vibes! We always have such a laugh in the studio. This is going to be super-fun!”