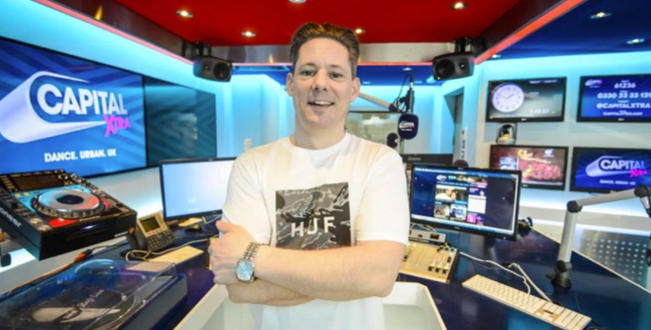 Jez Welham is leaving Capital XTRA where he has hosted the breakfast show for the last four an a half years.

The former KISS FM and Fire Radio presenter joined Global in 2015 to host Capital XTRA in the Morning, as a permanant replacement for Kojo and Jade.

A Global spokesperson told RadioToday: “After four and a half years, Jez Welham is leaving Capital XTRA. Jez has been an integral part of Capital XTRA’s success and made a huge contribution to the station.

“We would like to thank him for his incredible enthusiasm, and we wish him well for the future. We will be announcing more news about Capital XTRA shortly.”

Jez’s last show will be on Friday 6th September and a replacement is expected to be announced next week.

Suprise visit from @foreveryungs on @capital xtra this morning. New track with Craig David is ????

Need a new or improved logo for your radio station? Visit OhMy.Graphics and see how awesome you can look.
Posted on Friday, August 16th, 2019 at 4:41 pm by Roy Martin