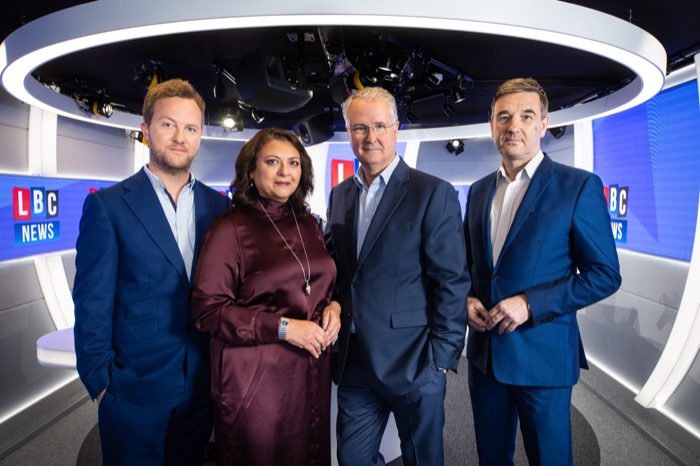 Global is taking its London rolling news service national and around the clock as it launches LBC News on D1.

LBC News will be on 1152 AM in London and nationwide on DAB+, in addition to Global Player and smart speakers.

With the strapline “Where The News Never Stops”, the station will operate under a full news update in 20 minutes every 20 minutes format, with presenters including former Sky News presenters Martin Stanford, Lisa Aziz, Ian Payne as well as Jim Diamond.

LBC London News currently broadcasts in London for 13 hours a day, with the rest of the output taken from LBC.

The relaunched station will also broadcast Prime Minister’s Questions live and in full every Wednesday at midday, as well as staying with press conferences and other events of major importance for extended live coverage.

According to BARB figures checked by RadioToday, Global is the second-largest news broadcaster in the UK behind the BBC in terms of Weekly Audience Reach.

Ashley Tabor-King, Global’s Founder & Executive President, said: “As the first commercial radio station in the UK, LBC has a 46-year history of providing the latest news, so it is exciting to launch LBC News, a new, dedicated station for the brand that can stay with major stories and events live longer and dedicate itself to pure news.

“With Global’s 24-hour rolling news radio channel, there will be no opinion or debate, just the news – on the radio, online and on our app – live, as it happens.”

The UK’s only other rolling news service, News Radio UK, has a format of rolling news in 10 minutes, every 10 minutes, and is available on a couple of local DAB multiplexes along with Radioplayer and apps.

LBC News launches on Monday 28th October at 6.00am.

In related news, Radio X is switching from mono on Digital One to Stereo using DAB+.

It's easy to put travel news on your radio station, from £25 a month for online stations. See RadioTravelNews.com for details and same day set up.
Posted on Monday, October 21st, 2019 at 8:14 am by Roy Martin