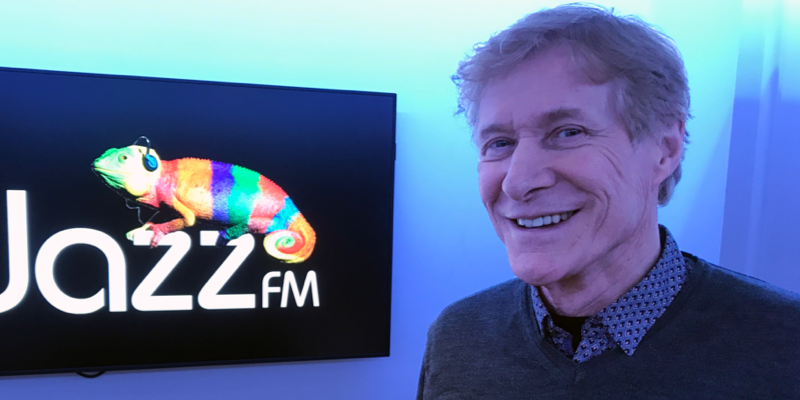 One of Jazz FM’s original presenters, Paul Jones, is returning to the station as part of its Christmas schedule.

Festive programmes include specials from comedians Marcus Brigstocke and Rachel Parris, and on New Year’s Eve Omar Lye-Fook MBE and The Brand New Heavies will see in the Big Ben bongs alongside Jazz FM’s John Osborne and Sarah Ward with a commercial-free party soundtrack.

Marcus Brigstocke will join Jazz FM for two special programmes. On Christmas Day from 1pm, he’ll be joined by comedian wife Rachel Parris, as they celebrate their first Christmas together as a married couple by playing some of the world’s greatest music, whilst trying to prove who has the better jazz record collection.

Marcus will also guest host ‘The Blue Train’ – an hour-long show celebrating Blue Note Records, which marked its 80th anniversary this year. Airing on Saturday 28th December at 9pm, the show will feature a selection of handpicked music from American jazz record label.

Additionally, on Christmas Day and Boxing Day Jazz FM’s Dinner Jazz Takeovers will be hosted by singer Stacey Kent and jazz-loving author Ian Rankin OBE from 6pm on both evenings.

On New Year’s Day, after a 2-hour Quiet Storm special from Jeff Young at 9am, Paul Jones returns to Jazz FM to present a selection of music encompassing Jazz, Blues, Latin, Soul and much more. Known as one the UK’s most talented blues musicians, Paul is also one of Jazz FM’s original presenters having joined the station when it launched in 1990 until 2004. With 3 decades at the BBC, Paul now returns for this one-off three-hour special, airing at 11am on New Year’s Day.

Jazz FM celebrates its 30th anniversary next year and will mark it with a series of programming and events to be announced in the New Year. The station recently welcomed Christian Bragg back as its Head of Music, while presenter Anne Frankenstein moved from weekends to take on weekday daytimes.

Nick Pitts, Content Director, Jazz FM said “This year’s Seasonal programmes from Jazz FM pulls from the passion of our guest presenters love of our music. Our two Dinner Jazz guest hosts have both guest presented for us before; who could present a party vibe better than Omar and Brand New Heavies, while Marcus and Rachel have an impressive music collection. Marcus can always be seen casually sporting a jazz themed t-shirt and even has his own pet chameleon named Roy!”

“It is also really special that we kick off our year of 30th-anniversary celebrations with a broadcasting behemoth such as Paul Jones who has really pulled a great selection of jazz, soul, Latin and of course blues out of the bag.

Paul Jones said “It’s been very nearly 16 years since I was on Jazz FM so I’m very happy to be back for a New Year’s Day special. The fact is I was part of the original line-up in 1990, so it’s an honour to help kick off the station’s 30th birthday year. Music-wise, I’m looking forward to stretching out for three hours with some of the best jazz and blues music, new and old.”

Marcus Brigstocke added: “I couldn’t be more excited to be at Jazz FM. I’ll be sharing some of my favourite artists and records with fellow jazz heads and recounting some of the stories that link them all together. Jazz FM asked me to pick out my favourite Blue Note Records for a ‘Blue Train’ session – you might as well ask a parent which is their favourite child. I made a list and then crossed out 100 of them to leave the very best.”