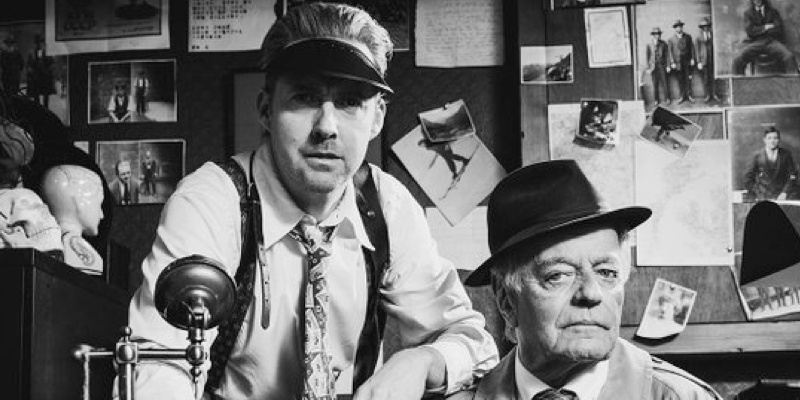 Tony Blackburn and Kaiser Chiefs’ frontman Ricky Wilson have teamed up to create and host a brand-new podcast series.

Ricky Wilson is no stranger to radio shows – he’s been on Radio X, Radio 2 and BBC 6 Music, and spoke recently at the Radio Festival.

In this light-hearted new series, which was recorded in the virtual and presumably fictional Pop Detectives offices – situated above a charity shop just off Scotland Yard – the pair of P.I.s will be set to work.

Amongst the mysteries tackled are: Did Billy Bragg and the Manic Street Preachers really fall out over a toilet? Did Debbie Harry nearly get abducted by Ted Bundy? And was Avril Lavigne replaced by a lookalike in 2003?

The eight-episode podcast launches on 28th January, with new episodes available on all major podcast platforms every Tuesday thereafter.

The podcast is produced by Globe Productions, with Gareth Evans as producer, Geoff Lloyd and Will Nichols as Creative Producers and Marc Robinson as Executive Producer.

Here it is !! Ricky and Tony: Pop Detectives- Opening soon. Go to https://t.co/1mN0OxunHa to subscribe and get our cases before anyone else @rickyandtonypod pic.twitter.com/S5Xbyjpyam

Tony Blackburn to return to the BBC in 2017

Tony Blackburn sad about being excluded from Sir Terry’s memorial

Ricky Wilson to speak at the Radio Festival

The Best Disco in Town returns with Thames Radio

Mark Goodier to present Pick of the Pops

Ricky Wilson lined up for show on the new XFM