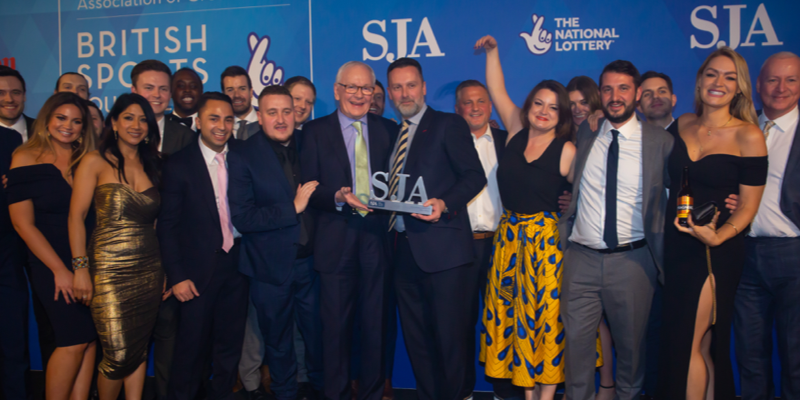 The station’s Bloodgate documentary was highly commended with a silver accolade for its investigation into the rugby fake blood scandal following talkSPORT’s move into specialist documentaries this year.

BBC Radio Bristol picked up Bronze for The Jimmy Peters Story in the Audio / Radio Documentary category, whilst in the best Audio / Radio Show Costello and Bunce got Silver and That Peter Crouch Podcast got Bronze, both from BBC Radio 5 Live.

It's @talkSPORT!@LeeClayton_ pays tribute to the "fabulous team on and off air" at the radio station #SJA2019 pic.twitter.com/K2MXotpcPF

Head of talkSPORT Lee Clayton said: “The Network of the Year award is huge for us and testament to all the hard work from the team over the past 12 months. talkSPORT has always been the home of the fan and a place for passionate debate and expert analysis. But we are also a place for exclusive news and the best live action from the world of sport. From England Cricket’s overseas tours to the biggest boxing clashes and more live Premier League coverage than ever before through our new GameDay programming, we are building a roster of unmissable live action and content for fans.”

Wireless CEO Scott Taunton added: “These are exciting times for talkSPORT and being named Network of the Year is just reward for the hard work of Lee and the team. As we continue to invest in new programming and sports rights to grow the station’s three million-strong on air audience we’re also developing a booming online offering for fans.”

And your winner, a man who delivers a knock out line perfectly!#SJA2019 pic.twitter.com/ZEx5utcFQv

Broadcast Ones to Watch (on air)

Broadcast Ones to Watch (off air)

SJA Sports Network of the Year 2019

Need a new or improved logo for your radio station? Visit OhMy.Graphics and see how awesome you can look.
Posted on Tuesday, February 25th, 2020 at 1:10 pm by Matthew Hardman