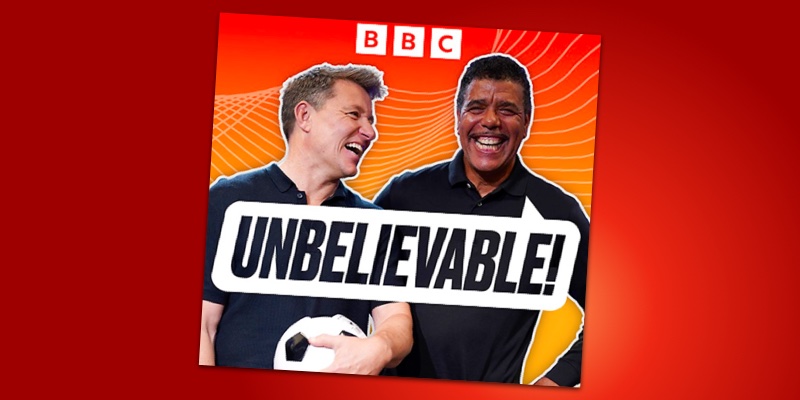 Chris Kamara and Ben Shephard are getting together to host a new BBC podcast for 5 Live called Unbelievable!

In weekly episodes starting August 4, the pair will interview some of the biggest names in football. They’ll hear from current players, legends of the game and some celebrity fans too.

In casual conversation with each guest, Kammy and Ben will uncover insights into life behind the scenes in football, as well as unearthing some never heard before stories.

Alongside each interview, listeners can expect organic football chat, plenty of laughs and opportunities to get involved with the podcast.

Chris Kamara says: “We can’t wait to launch the podcast and start sharing the unbelievable stories from the show. We’ve lined up some real characters to join us – people who have seen and done it all in football. We’ve had a lot of laughs so far and we’ve already unearthed some stories that will thrill fans of all clubs.”

Ben Shephard says: “It’s been great teaming up with Kammy again to chat to some of the biggest legends, and some of the most entertaining characters, in the game. We’ve had a lot of fun recording, but we’ve also gained some genuine insight into life at the top of football. We can’t wait to launch the pod and get the listeners involved in the show.”

The opening episode of Unbelievable! will be released on Thursday 4 August. Episodes will then be released weekly.

Additional podcast content with Chris Kamara will also be announced later this year.

Need a new or improved logo for your radio station? Visit OhMy.Graphics and see how awesome you can look.
Posted on Thursday, July 21st, 2022 at 10:12 pm by RadioToday UK

Chris Kamara teams up with Santa for new radio show