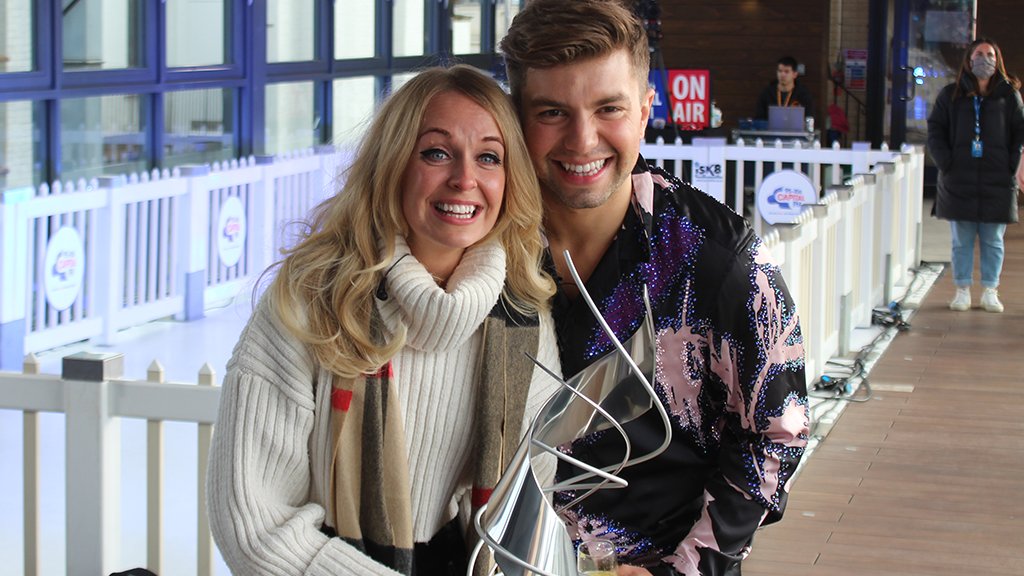 Capital has built an actual ice rink on the roof of Global’s HQ in Leicester Square to celebrate Sonny Jay’s Dancing on Ice win.

The breakfast co-host won with Angela Egan over the weekend on the ITV show.

Roman Kemp and the team had Champagne and pizza during Capital Breakfast on Monday morning for the official ‘After Party’ with Sonny’s skating partner appearing on the show this morning from the Terrace.

Now that @SonnyJay's won #DancingOnIce, we couldn't NOT build him his very own rink, could we? ❄️ pic.twitter.com/WBwleR2DtM

Nothing but respect for my #DancingOnIce champion, Angela Egan. ? pic.twitter.com/x9yR1UTGar