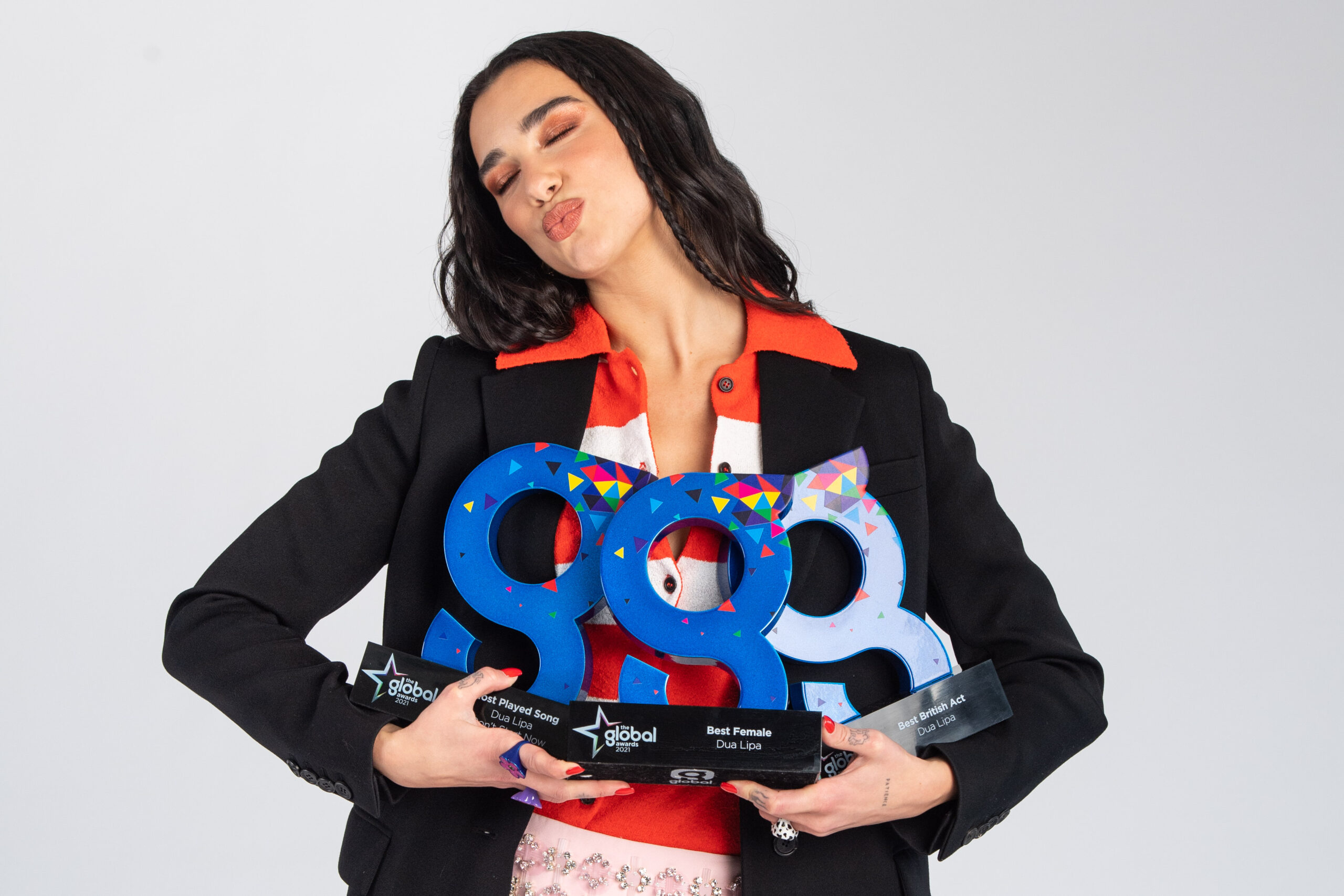 The winners of The Global Awards 2021 have been revealed with Dua Lipa picking up three awards.

However, this year the LBC Award, previously won by Steve Allen, has been removed as a category, along the Best Podcast.

The awards ceremony was unable to take place this year, so Global revealed the 2021 winners on air, online and on Global Player to fans on Bank Holiday Monday, 3rd May.

Dua Lipa was named Best Female, Best British Artist and her hit ‘Don’t Start Now’ was the Most Played Song across Global’s radio stations in 2020.

Little Mix were honoured with the Best Group prize – an accolade they won at the inaugural Global Awards in 2018 and again in 2019. Their win sees them join Dua Lipa as the most celebrated artists in Global Awards history, with both acts receiving six trophies over four years.

Also celebrating wins are Harry Styles, who was named Best Male, Cardi B who was awarded Best Hip Hop or R&B and Nothing But Thieves who won Best Indie.

Joel Corry was named Rising Star, following in the footsteps of previous winners Mabel, Aitch and Halsey, in recognition of his breakthrough success in 2020.

Here are the awards in full:

BEST INDIE ACT
Nothing But Thieves

Need a new or improved logo for your radio station? Visit OhMy.Graphics and see how awesome you can look.
Posted on Monday, May 3rd, 2021 at 9:27 am by RadioToday UK