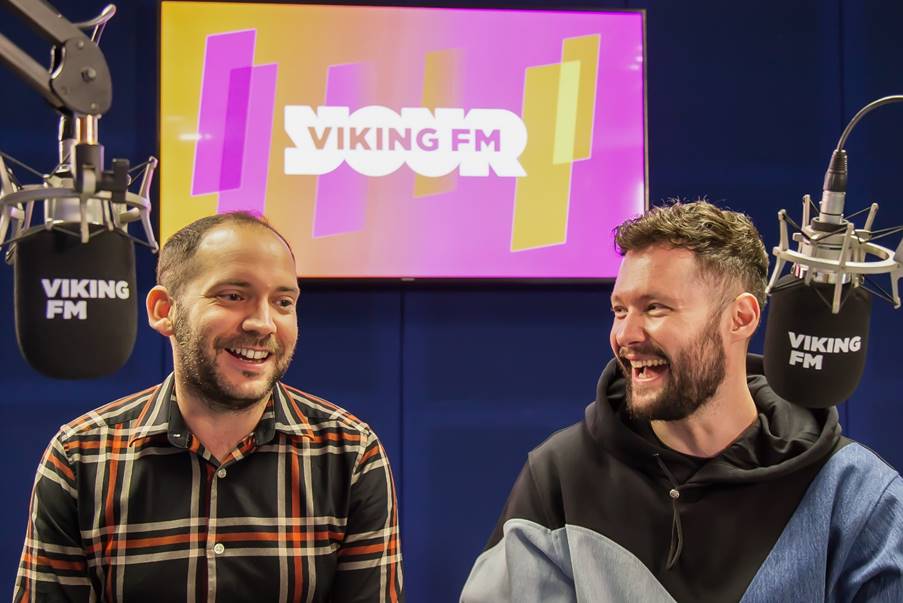 The Hull-born singer says he’s very excited by the opportunity as he grew up listening to Viking FM and that Alex & Ellie are his favourite presenters.

Calum found fame on Britain’s Got Talent in 2015 where he placed sixth.

His single, a cover of ‘Dancing on My Own’ became Britain’s best-selling single of summer 2016, he then went on to release his debut album ‘Only Human’ in 2018.

Calum said “I am so excited to be co-hosting a breakfast radio show for the first time and the best bit is that it is a station very close to my heart! I’ve listened to Viking FM throughout my life; on the way to school, on the way to my office job at Hull City Council and now I tune in as soon as I am within range again after coming back from my travels!

“I’ve always said that I wanted to do something like this but I also specifically wanted to do it with Viking – not only because Alex & Ellie are my favourite radio presenters (no, Alex didn’t ask me to say that..) but I’ve listened to Viking growing up as a fan, then had my own music played on the station and have had the amazing job of being their Cash for Kids ambassador, helping raise money for such a great cause.. it’s a full 360 for me which I think is very special!

I am incredibly grateful for the opportunity and can’t wait to get started so I’ll join you next week for breakfast and your morning commute every weekday – I can’t wait!!”

Alex Duffy added “Calum is as synonymous with the Viking FM area as the Humber Bridge… and easier to get in the studio! You don’t get many chances to do a week of breakfast shows with a globally-renowned pop star, let alone one you’re proud to call a friend. I hope he knows there’ll be no special treatment though, when it’s his turn to make the brews, mine’s a white coffee!”

Calum will be on the show from Monday 23rd August to Friday 27th from 6-10am.

Need a new or improved logo for your radio station? Visit OhMy.Graphics and see how awesome you can look.
Posted on Friday, August 20th, 2021 at 1:49 pm by RadioToday UK