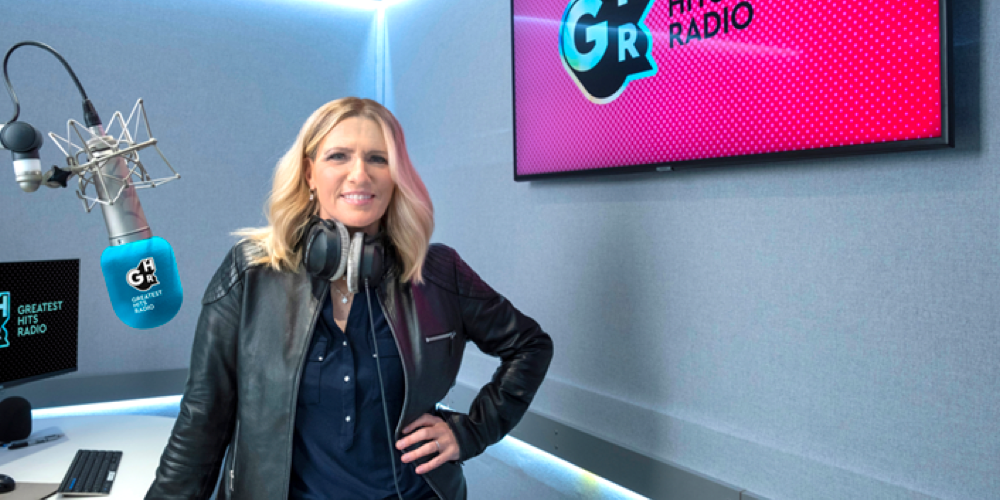 Simon Mayo announced the news of Jackie joining on his Drive show today (Thursday) saying “Jackie is a top radio presenter and I’m delighted we’ll be reunited at Greatest Hits Radio. At Radio 1 she was always a delight to work with – we always seemed to get hysterical at the same time. I’m really looking forward to her new show!”

The Evening Show with Jackie Brambles will air every Monday to Thursday from 7-10pm, broadcast across the Greatest Hits Radio Network.

Jackie began her career on Bauer owned station West Sound in Ayr in Scotland before going on to Capital FM and then BBC Radio 1. She’s also know for her work at GMTV and Loose Women, and was most recently at BBC Radio Scotland.

Jackie Brambles said: “It’s all Simon Mayo’s fault…he said “Oi, Brambles, come and join Greatest Hits Radio, it’s got phenomenal music, and brilliant listeners”. And he’s not wrong, as I found out for myself making the Women In Music series for the station earlier this year.

“It was deeply gratifying to catch up with many of the artists that I started out with in my early radio days – yes we’re older and wiser but most importantly I think we’re all really appreciative to have come of age in an era when music was so innovative, inspiring and optimistic.

“I can’t wait to share more fascinating conversations with some of our greatest artists and of course to revel in their glorious music. So, I’m wishing all Greatest Hits Radio listeners a very Merry Christmas and looking forward to keeping you company in the evenings in 2022!”

Gary Stein, Group Content Director for the Hits Radio Brand Network told RadioToday: “We’re delighted to be welcoming Jackie Brambles to present a new weekday evening show on Greatest Hits Radio. A truly exceptional broadcaster, we know our listeners will be delighted to hear her return to the airwaves across the UK after so long and hear her play so many of the songs that they’ll recall her playing on the radio in the 80s and 90s.”

Darren Proctor’s final show will be on 23rd December and a replacement for his weekend House Party show will be announced in due course.

Presenter Alan Edwards will continue to present his weekend breakfast show as well as provide cover across the network in Scotland, and Badger aka Andrew Miles will continue to host on Wave Swansea where he is the mid-morning presenter.

Gary Stein added: “We send our huge thanks to Darren for his incredible contribution to Bauer over the years, and it’s been fantastic to his journey from local radio to hosting a national programme on Greatest Hits Radio. We wish him all the best as he departs us for an exciting new adventure in 2022.”