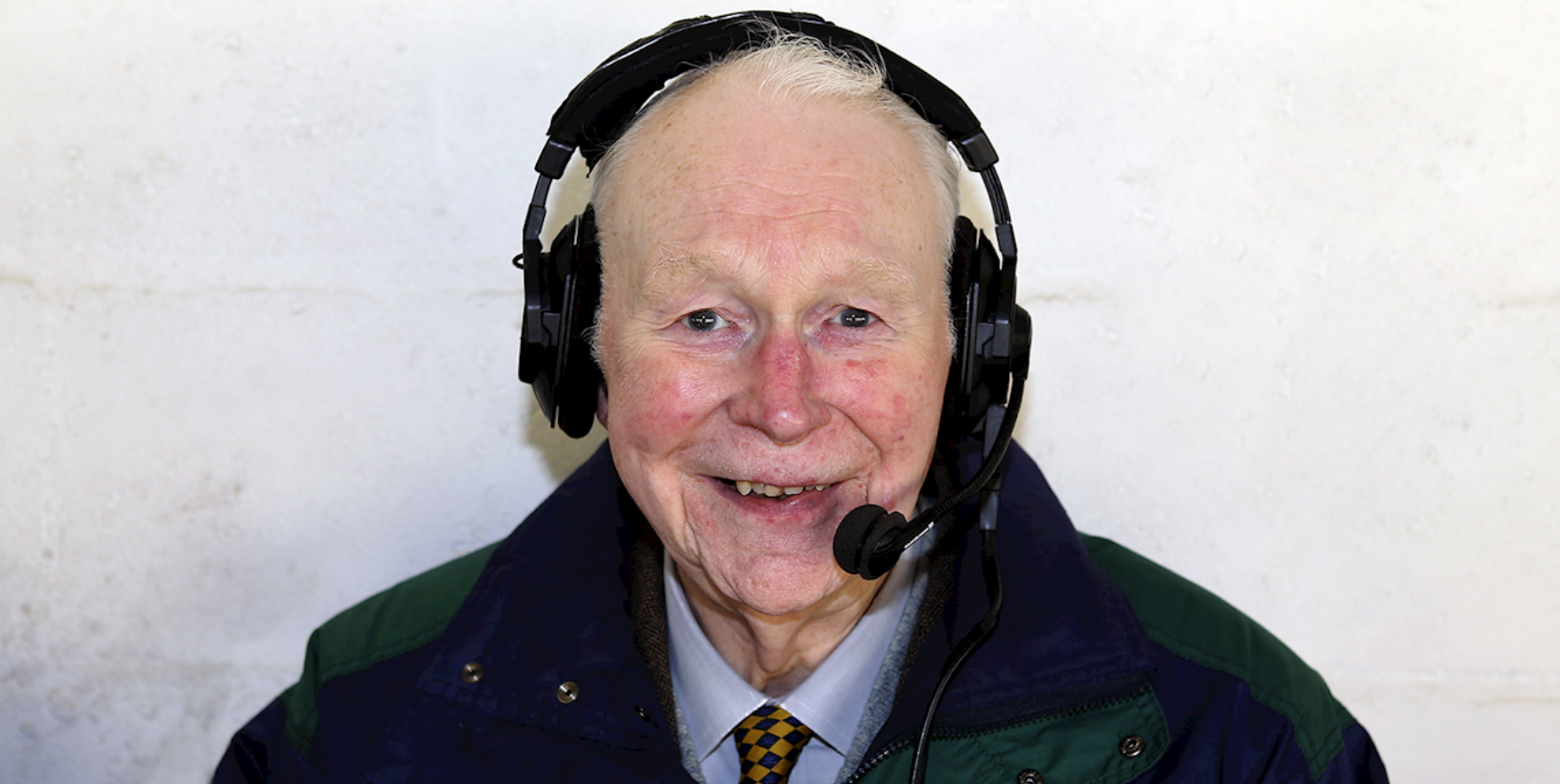 Tributes have been paid to BBC sports presenter Colin Slater who has died at the age of 87.

Colin reported on Notts County matches for almost 50 years, leading to hosting commentaries for BBC Radio Nottingham and was well known in the area.

He started at the station in 1968 after working for the local newspaper and received a lifetime achievement award at the Sony Radio Academy Awards in 2009.

Colin Fray, sports editor for BBC Radio Nottingham, said: “Colin was a colossus of local broadcasting, and his influence spread far and wide, from local listeners and supporters to international footballers and managers.

“His cheery, instantly recognisable voice brightened not only radio programmes, but any room he was in.

“He was a wonderful broadcaster and a perfect gentleman. It was a privilege to know him and to work with him.”

Chief executive Jason Turner said: “Everyone at Meadow Lane is heartbroken to have lost not only an iconic figure in the club’s history, but also a great friend.

“I have been incredibly privileged to have got to know Colin well since my arrival at the club six years ago, working closely with him on many projects, travelling with him to away matches and enjoying his company at social events.

“As everyone knows, Colin was staunchly passionate about many things, not least Notts County, and he was an inspirational figure to be around.

“Naturally he will be best remembered for his commentary work, to which he dedicated such a huge part of his amazing life, but he did so many other things for the club which must never be forgotten.

“These include playing a pivotal role in securing crucial investment for the club when it was on the verge of extinction in 1965, being instrumental in the formation of Lifeline, acting as a trustee of our Foundation and becoming chairman of our Former Players Association.

“His incredible efforts and achievements were recognised over the years with a list of well-deserved honours which include being awarded an MBE by the Queen for his service to radio and the community in Nottinghamshire, as well as Lifetime Achievement awards from both Sony Radio Academy and the club.

“Despite his deteriorating health which led to him sadly being unable to attend matches, Colin remained committed to his various roles and always took great interest in the team’s results and general affairs at the club.

“We will be remembering him and his incredible dedication with a minute’s silence at Saturday’s home match against Eastleigh.”

"He just lit up the room" – Neil Warnock remembers Colin Slater and those Wembley moments.https://t.co/eXxAspPwBZ#notts

This evening I will be raising a glass in memory of the great Colin Slater & remembering those magical childhood memories of being sat round the radio with family listening to literally hundreds of Notts County away games.

We are saddened by the passing of Colin Slater at the age of 87.

Whilst best known as the voice of Notts County FC, Slater was a firm fixture at the sporting cathedrals on both sides of the Trent, performing a number of roles at Trent Bridge.

Everyone at NET is very saddened to hear of Colin Slater’s passing.

His memory will live on within the football community and on our network as tram 223 will continue to carry his name for years to come. pic.twitter.com/AvHSFVJaE9

Need a new or improved logo for your radio station? Visit OhMy.Graphics and see how awesome you can look.
Posted on Tuesday, January 11th, 2022 at 4:24 pm by RadioToday UK